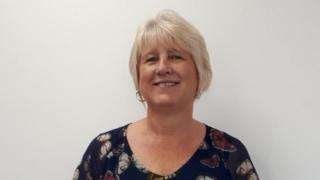 Diane Frost was surprised when an energy bill arrived on her doormat for two very good reasons.

Firstly it was from her former energy provider, Extra Energy, that had collapsed nine months earlier, and secondly it was for a whopping £4,431.

“I was totally shocked. I wasn’t expecting it so long after the company went bust,” she says.

It’s not clear why she was charged such a huge amount, but the worry is she may not be alone in being wrongly billed.

Extra Energy is just one of ten smaller energy providers that collapsed within the space of a year, thanks in part to higher wholesale prices, new regulations, and the consequent pinch on their finances.

That has left 850,000 customers, who have been switched to new providers but could find themselves, like Diane, receiving follow-up bills, sometimes long after they’ve ceased to be customers, as their old providers are wound up by administrators.

The energy industry regulator, Ofgem, has already said in the case of Extra Energy it is aware of “high levels of complaints”.

Ofgem says it is “extremely disappointed” that customers were having to wait for so long for their final bills and that it was aware that some customers were querying the amounts being charged.

Diane lived in a two bedroom terraced house in Leicester with her 23-year-old son and they were used to paying £35 a month for her energy. She was only with Extra Energy for two-and-a-half years and can’t see how she could possibly owe anything near £4,000.

“I couldn’t get any answers out of [the company],” she says. “I think it’s been dealt with terribly.”

Extra Energy went into administration in November 2018. At the time it said the introduction of a price cap by the government had “made the energy market unviable”.

Administrators PwC took over responsibility for finalising the bills, which it says it has now completed for a “significant majority” of customers. But that still leaves thousands of former Extra Energy customers waiting for their final bill, ten months after the firm’s collapse.

PwC said it would “continue to work with customers… to resolve any issues as quickly and efficiently as possible.”

Extra Energy’s inadequate customer data systems are largely to blame for the delay, according to Ellen Fraser, energy analyst at Baringa. She describes them as “horrendous” and says PwC has had to go through the records customer by customer including meter readings.

“Ofgem doesn’t realise how much of a mess Extra Energy was, and how much the administrators are going after customer debts,” she says.

Diane’s £4,430 bill was for energy use at her two-bed terraced house in Leicester

Ofgem says as from next month it will begin a new round of consultation that will include looking at tests for suppliers already operating in the energy market and what happens when they go bust.

For its part PwC has said it is looking into Diane’s case as a matter of urgency, but that came only after five weeks and being contacted by the BBC’s personal finance programme Money Box.

Diane is still angry, and is determined to fight for the matter to be cleared up.

“They’re not going to get the money off me, no way,” she says and she suggests any other former Extra Energy customers who think they’ve been wrongly charged should do the same.

The bill Diane received was so large it was obvious to her that it was a mistake, but she fears other people might accept a smaller charge without questioning it.

“Some people out there are really vulnerable and would have paid this without even looking into it,” she says. “It’s not fair and it should be dealt with properly.”

Customers who are concerned over legacy bills they receive from administrators for their former providers will also find their options for recourse are more limited than if they were complaining about their current energy supplier.

Administrators like PwC are not bound by Ofgem’s rules and regulations, because they aren’t an energy company, nor can consumers turn to the energy Ombudsman for the same reason.

Simon Baker, a commercial law specialist at Baker Skelly law firm, says there is a legal option they can pursue however, since general consumer law applies to companies like PwC.

“It may be hard for consumers to verify a bill from so long ago, but it may be worth challenging it if the sum claimed seems questionable,” he says.

It’s likely the courts would want to see some kind of evidence over how the bill was calculated by the firm issuing it, he adds.

In a statement PwC told Money Box: “We continue to progress final billing of Extra Energy customers and are pleased that this exercise has been finalised for a significant majority of customers.”

You can hear more on BBC Radio 4’s Money Box programme on Saturday at 12pm or listen again here.