Iceland puts well-being ahead of GDP in budget 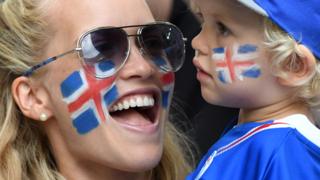 Iceland’s prime minister has urged governments to adopt green and family-friendly priorities, instead of just focusing on economic growth figures.

Ms Jakobsdottir called for “an alternative future based on well-being and inclusive growth”.

In a Guardian article last month, Prof Stiglitz said the 2008 global financial crisis “was the ultimate illustration of the deficiencies in commonly used metrics”.

GDP failed to reveal distortions in the bloated US housing market which triggered the crisis.

She began a speech at London’s Chatham House think-tank by highlighting the disappearance of Iceland’s Okjokull glacier. Scientists say the retreat of glaciers is clear evidence of global warming, which is blamed largely on CO2 pollution.

Asked if a “well-being” budget was equally appropriate for developed and developing nations, she said: “It’s about how you prioritise in the public budget – you can always have an emphasis on well-being.”

Developing countries “need to take a leap” to embrace renewable energy, she said, rather than repeat the developed world’s carbon-based industrialisation.

GDP’s focus on economic performance means it tends to undervalue quality of life and the social damage caused by inequality.

Ms Jakobsdottir said an Icelandic poet had joked that “having sex with your wife doesn’t count in GDP, but with a prostitute it does”.

A Left-Green politician, Ms Jakobsdottir formed a coalition government in 2017 with the conservative Independence Party and centre-right Progressive Party.

While acknowledging Iceland’s progress in family-friendly policies, she said her nation – with a population of just 350,000 – still had big challenges, such as improving public transport and tackling depression.

“Iceland uses more anti-depressants than neighbouring countries,” she said. “We need to strengthen prevention [of depression], through sports and the arts.”

In a TED talk in August, Scotland’s Nicola Sturgeon made a similar plea for modern economies to put more resources into mental health, childcare and parental leave, and green energy.

Ms Jakobsdottir said Iceland’s adoption of universal childcare and shared parental leave was the product of grassroots women’s activism, regardless of political differences.

She said the “well-being” initiative promoted by herself, Ms Sturgeon and Ms Ardern should not be seen as a gender-based backlash against populism.

“It’s very important to have all genders at the table – it affects the way you think, and then different decisions are made,” she said.