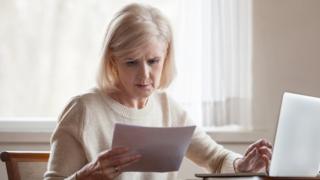 The accuracy of bills accounts for 60% of problems, ahead of the way complaints are handled (17%), and phone line waiting times (12%).

More customers prefer the phone when contacting their supplier about a problem, the charity’s research found.

Bill errors were common among customers of three of the five worst ranked suppliers – Ecotricity, Outfox The Market and Green Star. The ratings cover the period from June to September.

“Every energy supply company should be able to provide its customers with an accurate bill. It is the very least people should expect,” said Gillian Guy, chief executive of Citizens Advice.

“The inability of some suppliers to get this right causes a great deal of unnecessary stress for customers.”

Top and bottom of the ratings

Citizens Advice’s energy star ratings test firms on a range of customer service factors, rather than price. The idea is to test whether customers get accurate bills, and swift resolution if something goes wrong.

The charity argues that the results should be considered alongside any deals being offered when customers search for a supplier via a price comparison website.

The top five in the ratings for June to September were:

The bottom five (listed below from the worst upwards) were:

The Energy Ombudsman, which aims to deal with unresolved disputes between suppliers and their customers, said that the biggest billing problems were disputed energy usage, disputed account balances, and delays.

“At a time when consumers are savvier and more price-sensitive than ever, accurate and timely billing is a vital foundation for any energy supplier looking to build and maintain trust with its customers,” said Jodi Hamilton, relationships director at the Energy Ombudsman.

“We are keen to work with energy suppliers of all sizes to help them resolve more billing disputes in-house and reduce the number of complaints that come to us.”