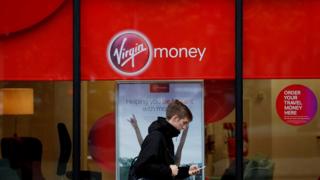 The payment protection insurance (PPI) scandal could cost banks £53bn, according to a forecast made as firms warned of mounting bills from claims.

Dominic Lindley of New City Agenda made the estimate as CYBG shares fell 20% to record lows after it warned of a potential £450m bill for new claims.

The owner of Clydesdale, Yorkshire and Virgin Money blamed an “unprecedented volume” of complaints sparked by the 29 August deadline for claims.

Royal Bank of Scotland, owner of NatWest, said on Wednesday it could face a £900m charge, while Co-operative Bank said on Thursday it was assessing its costs.

Mr Lindley, who has been keeping a tally at the think tank, said: “This means that total provisions from the banks could reach £53bn.”

He believes the bank with the biggest bill, Lloyds Banking Group, could announce an extra provision of £2bn, while Barclays might set aside as much as £1bn more.

Neither Lloyds nor Barclays was able to comment on the speculation.

The Financial Conduct Authority set the deadline for PPI claims at 23:59 on 29 August to try to stem the wave of claims.

Policies were mis-sold to people who were borrowing money, but did not need the cover or would not be able to use it.

PPI was designed to protect borrowers if they had an accident, fell sick or lost their job.

But in millions of cases, the policyholders did not understand what they were paying for or that they might not be covered.

The deadline sparked a wave of publicity and fresh claims, according to the industry.

CYBG, which bought Virgin Money last year, said it received more than eight months’ worth of requests for information about potential claims in just one month, with approximately 340,000 in aggregate over five weeks,.

Some 120,000 of these were received in the final three days.

It said it also received a sustained increase in complaints during the same period, with an average of 5,000 a week during the first four weeks of August and an additional 22,000 complaints submitted during the final three days.

The typical compensation award across the industry is running at more than £2,000, but some people have been sent tens of thousands.

Co-op Bank on Thursday said it had “received a substantially greater volume of inquiries and complaints than expected in the final days prior to the complaint deadline” and was assessing the impact on its costs for processing and paying out claims.

Mr Lindley said the last-minute spike in PPI complaints would have “a significant impact on the banks when they announce their next financial results”.

Ian Gordon, analyst at Investec, said the announcement by CYBG was “really quite shocking in terms of the anticipated damage”.

He pointed out that £400m is 20% of CYBG’s current stock market. He now assumes that the bank will not pay a dividend for this year.