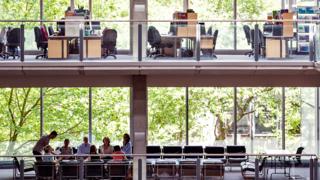 Investors shaken by the suspension of withdrawals from a leading UK property fund pulled nearly £100m from similar investments in the subsequent two days.

M&G froze withdrawals from its property portfolio fund on Wednesday, after it was unable to sell assets fast enough to meet investors’ demands for money.

It prompted the biggest day of outflows from other UK property funds of the year on Thursday, according to funds transaction network Calastone.

The flight continued on Friday.

Investors’ response was described as “understandable”, but those whose money remains in these funds were reminded that property should always be considered as a long-term investment.

Withdrawals of £61m on Thursday and £36m on Friday, revealed by the Calastone data, came after a tough year for the sector. M&G blamed its temporary suspension – a decision taken by its official monitor – on “Brexit-related political uncertainty” and difficulties among retailers.

The M&G Property Portfolio has invested in 91 UK commercial properties – including shopping centres, and other retail and industrial properties – on behalf of UK investors.

Some investors have consistently wanted to cash out from many of the UK property funds during the year. Figures from financial data business Morningstar shows net outflows in all but one month – May – so far this year, in contrast to similar funds in the EU.

Commentators said M&G was particularly exposed owing to a lack of liquidity and a greater concentration on retail property.

However, when it last announced a temporary suspension in November 2016, following the UK’s referendum on EU membership, other property funds followed suit. Investors may be concerned that history will repeat itself, but they have been warned against creating such a scenario with their actions.

“Investor reaction is understandable though counterproductive as it may result in a self-fulfilling prophecy. Investors should be mindful that property is a long-term investment, and buildings are not ATMs dispensing cash.

“If you think you need rapid access to your savings, there are may be other, more suitable savings products you should consider first.”

Billions of pounds of UK investors’ money is tied up in property funds. M&G was one of the biggest – with a value of £2.5bn, although this had fallen by £1.1bn so far this year before withdrawals were temporarily suspended.

The level of investment is dwarfed by equity and fixed income funds, for example, but remains a significant area of interest for both armchair investors and institutional investors such as pension funds.

Analysts have mixed views on the immediate future, with some expecting other funds to freeze withdrawals. Prudential has already done so with its property fund, although this is linked to M&G’s fund. A temporary suspension, analysts say, can be healthy, to allow some stability and prevent the need to sell assets quickly for well under their real value.

Other analysts suggest that the specific set of circumstances faced by M&G meant others would not need to follow suit.

Some of the other funds have said that they have prepared a cash buffer owing to the current uncertainty in the market.

M&G has waived 30% of its annual charge to investors unable to access their money,