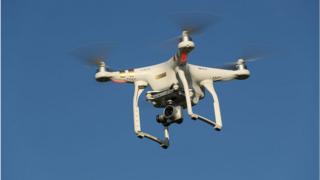 John Lewis says it stopped selling drones in May amid concerns they were being misused by the general public.

The disruption caused about 1,000 flights to be cancelled or diverted over a 36-hour-period.

A number of other airports have been forced to suspend flights due to drone activity, including Heathrow.

“Sales were also in decline due to the growing number of restrictions around flying these devices in built-up areas across the country.”

John Lewis previously stocked a range of drones, including several models by DJI, the world’s biggest consumer drone maker, which were priced at between £1,000-£2,500.

Paul Rigby, chief executive of Consortiq, a UK drones solutions firm, who advised the government on setting drone policy, said drone sales had fallen because there isn’t that much for consumers to do with them.

“If you’re a consumer, when you first get a drone it’s quite exciting, but unless you decide to join a club or get into racing, there’s only so many times you can fly one before you get bored,” he told the BBC.

In contrast, he said commercial organisations could use them for a variety of purposes, including inspecting buildings, oil rigs, aircraft and wind turbines, monitoring crops, as well as filming for the media industry and assisting emergency responders.

Mr Rigby added: “I don’t think there’s longevity in the consumer drone market. The big players have already realised that and they’re coming up with industrial solutions.”

While the advent of consumer drones flying into controlled airspace has made life more difficult for the Civil Aviation Authority (CAA), the aviation regulatory body does not have a negative opinion of the technology.

“Drones can bring many benefits but to achieve those we need everyone flying a drone to do so safely,” CAA spokesperson Jonathan Nicholson told the BBC.

“Anyone operating a drone must do so responsibly and observe all relevant rules and regulations. The rules for flying drones are designed to keep all airspace users safe.”

The CAA reiterated that it is illegal to fly drones close to airports and other aircraft and anyone breaking the rules can face severe penalties including imprisonment.

More advice on how to fly drones safely and responsibly in the UK can be found by reading the CAA’s Dronecode.