John Lewis warns it may not pay staff bonus 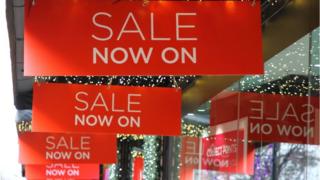 Retail group John Lewis Partnership has warned its staff bonus may be in doubt as it reported a fall in festive sales at its department store chain.

It said it expected annual partnership profits to be “substantially down on last year”.

The board will meet in February to decide if it is “prudent” to pay the staff bonus, the partnership said.

The partnership has been combining the executive teams behind John Lewis and Waitrose into one team.

The John Lewis Partnership is owned by its staff, who are known as partners.

The bonus for partners has been paid since 1953, but in January 2019 the group warned it might not be paid that year.

Two months later, it cut the bonus to the lowest since the 1950s after a plunge in profits.