Keeping rats out of kitchens and bedbugs out of hotels 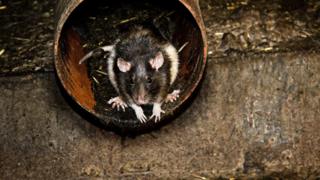 Getting rid of pests is big business

When construction work disturbed a pack of rats near his commercial kitchen business in County Wicklow, Ireland, Shane Bonner knew he needed a savvier approach to pest control.

His existing contract, which used a no-frills bait box and regular site inspections, was falling short at Newmarket Kitchen, a rented facility shared by 17 food producers, and giving the wrong impression.

“It’s not great business having pest controllers on site regularly – people assume there’s a problem rather than an inspection; plus we found they were either around when not needed or if there was an issue, the response wasn’t fast enough,” says the entrepreneur.

“If an animal was caught (in the trap) we also had no idea how long it had been there, or when or how it got into the building – which affects our peace of mind when running a food business.”

So he opted for a more hi-tech approach.

Pest Pulse traps use pressure sensor technology to identify a catch and alert the company straight away over the internet.

Pest Pulse is just one of many businesses looking to disrupt an industry worth £463m and $13.9bn (£10.6bn) annually, in the UK and US respectively.

“By knowing exactly when something was caught you can then start look at the bigger picture by checking cameras to see if one of the loading bay doors was left open,” says Mr Bonner.

“It also means our annual pest management charge has come down by 20% because we’re not paying for the labour involved in the usual service; and we don’t have people coming around unnecessarily.”

Tim O’Toole, who co-founded Pest Pulse after working at Google and Ebay, believes the makeover is long overdue in an industry he describes as “reactive, rudimentary and stuck in 1987”.

“All other compliance-based industries, for example, food storage using smart fridges, have embraced the IoT [internet of things]. But with pest management we still had a guy checking a box in the corner every 12 weeks and writing the result down on a piece of paper which isn’t good enough – rats can multiply very fast.

“We’ve got rising levels of infestation so traditional pest control contracts are having to increase the number of visits from controllers – additional labour costs that will be passed onto the customer,” he says.

“Plus, we’re seeing much tighter legislation on the use of biocides [poisons]. Increasingly, its use has to be based on evidence of infestation. So a cost-effective, targeted, tech-led approach with reduced environmental impact becomes much more critical.”

But what if the infestation is harder to find?

Thermal imaging cameras have become a popular tool to detect pests at night or in cavity walls, floors and roofs, illuminating their outline and pinpointing the source for faster, efficient removal.

Pest controller Thomas Bonny in Noyers, France, became aware of the technology’s potential in his previous role as a firefighter where it was used to improve visibility in heavy smoke. Using a solution from US manufacturer, FLIR systems, the camera has transformed how he removes wasp nests, by cutting costs and time.

“In the past, we relied on sound rather than sight to find a nest, but locating this very faint noise can be very difficult and time consuming,” he says.

“For a single inspection, a thermal imager can save you one or more hours depending on how difficult it is to reach. But it also allows you to quickly find the exact spot of the nest, which means that you only do the minimum required damage. There is no need to rip out entire walls or ceilings to find the right location.”

It explains the growth of thermal imaging in the hotel sector, where the need to detect bedbugs the size of an apple seed, is an increasing problem. Here, the impact of stringent pesticide controls is making it harder to eradicate bed bugs – affecting hotels’ reputations and their profits.

A 2016 study by pest control company, Orkin, of US hotels found that eight of 10 had dealt with an infestation over the previous year, with the average cost per outbreak of $6,383 in replacement of soft-goods, treatment and lost business.

The traditional reliance on a diligent housekeeping is no longer cutting it, says Robert Fryers, the chief executive of Spotta, a Cambridge-based business which has developed a more advanced way of tackling such infestations.

Designed by entomologists, the Spotta pod, is positioned in the bedbug’s sweet spot between the mattress and bedframe, the pod contains a synthetic pheromone that draws the insects into the trap usually within hours of their arrival.

“Bedbugs have always been a problem for hotels but with climate change and the rise in international travel from hot countries it has become much worse – although it isn’t talked about much in the industry.

“Historically, hotels could only deal with this reactively, when a guest complained, and by that point the damage is done,” says Mr Fryers.

Algorithm analysis identifies the insect, distinguishing between a tropical bedbug, carbon beetle or silverfish and a camera takes a picture with all data emailed to the hotel. The contents of the pod are then sealed in and returned to Spotta’s laboratory for sterilization.

“People assume these bugs are down to a hotel’s poor cleanliness. But they are brought in by people from their clothes and bags, which is why we’re finding the greatest traction with city and airport hotels that have a high turnover of international guests,” says Mr Fryers.

“In the US, lawsuits and compensation claims on the issue are becoming more prevalent. Hotels need to be able to demonstrate they are doing everything they can.”

So while it might seem expensive to employ hi-tech pest control, it could save some even bigger legal bills.