October 13, 2019 by Joshua Marshall No Comments 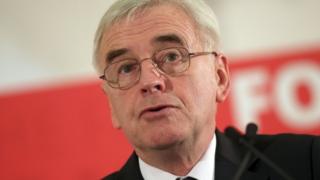 Labour’s nationalisation plans would cost at least £196bn, according to the Confederation of British Industry.

The employers’ group said the up-front cost of taking control of the water and energy utilities, train firms and Royal Mail was equivalent to all income tax paid by UK citizens in a year.

It was the combined total of the £141bn health budget, and the £61bn spent on education, analysis by the CBI said.

A Labour Party spokesman said it was “incoherent scaremongering” by the CBI.

The CBI’s report, published on Monday, estimated there could be a 10.7% increase in debt from bringing industries back into public ownership.

This would raise debt levels to 94% of GDP, their highest point since the 1960s, and would cost around £2bn per year, according to the study.

It also claimed that under Labour’s plans, savers and pensioners could suffer an estimated £9bn loss to their holdings, which translates into £327 for every household in the country.

The CBI bases its analysis on the nationalisation of:

The report said the confidence of international investors in the UK would be “severely hit” if Labour refused to pay full market value for the industries.

Although the analysis said that the state-owned assets would increase in value and there would be potential revenues generated, the study’s focus was on costs rather than estimates of potential benefits.

Rain Newton-Smith, the CBI’s chief economist, called the price tag “eye-watering”. And she said that £196bn was only the starting point.

“It doesn’t take into account the maintenance and development of the infrastructure, the trickle-down hit to pension pots and savings accounts, or the impact on the country’s public finances.

“There are so many other genuine priorities for public spending right now, from investing in our young people to the transition to low carbon economy and connecting our cities and communities.

“These issues are what keep businesses up at night and what they want to see the government get on with addressing. Nationalisation would waste time, energy and public money.”

A Labour spokesman said the CBI was more interested in protecting shareholders than in creating a fair economy. He accused the organisation of “incoherent scaremongering”.

The party has said that rail nationalisation, for example, would be hugely popular with travellers tired of poor services. And bringing National Grid back under state control would be part of plans to create a National Energy Agency to help usher in Labour’s proposed Green Industrial Revolution.

The spokesman said: “It is disappointing that the CBI seems incapable of having a grown-up conversation about public ownership – which is hugely popular, and common across Europe. It sadly reveals that they are more interested in protecting shareholders than in creating a fair economy.”

John McDonnell, the shadow chancellor, has said that nationalisation would be cost-neutral as the companies’ profits would cover the cost of borrowing needed to finance it.

Last week, the Institute for Fiscal Studies, suggested that focusing on the upfront cost of Labour’s plans was the wrong approach. “Economically what matters is whether these assets would be better managed by the public or the private sector,” it said.