October 19, 2019 by Joshua Marshall No Comments 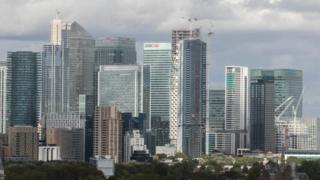 An investigation into the rigging of Libor, the benchmark interest rate that tracks the cost of borrowing cash, has been unexpectedly closed.

The decision comes despite evidence that implicates the Bank of England.

It means no one will now be prosecuted in the UK for so-called “low-balling”, where banks understate interest rates they pay to borrow cash.

The Serious Fraud Office (SFO) said its decision followed a detailed review of the evidence.

Thirteen traders and money brokers were prosecuted over four years by the SFO in connection with rigging Libor.

Six have been prosecuted by the US Department of Justice (DoJ).

A further 11 traders have been prosecuting for manipulating Euribor, the eurozone equivalent of Libor. The SFO said aspects of its Euribor investigation remain open.

In a statement, the SFO said: “Following a thorough investigation and a detailed review of the available evidence, there will be no further charges brought in this case. This decision was taken in line with the test in the Code for Crown Prosecutors.”

The code states that the evidence must support a realistic prospect of conviction and must be in the public interest.

What the FTSE 100 index is to share prices, Libor is to interest rates: an index that tracks the cost of borrowing cash. Millions of residential mortgages and commercial loans around the world have interest rates linked to Libor.

Each day banks estimate what interest rate they think they’ll have to pay to borrow money and an average is published as the London Interbank Offered Rate (Libor).

The SFO and DoJ prosecuted the traders over requests for Libor estimates to be nudged up or down by one or two hundredths of a percentage point to suit banks’ trading positions, which were linked to the Libor average.

However more traders have been acquitted than found guilty.

Connolly has gone public to protest his conviction. His lawyers told the court it was accepted commercial practice for traders to make requests for high or low Libor estimates to suit the bank’s commercial interests, within a range of accurate estimates of the cost of borrowing cash.

Requests for much greater shifts in Libor estimates – up to 50 times the size of the shifts that traders sought – were made by banks’ senior managers during the credit crunch of 2007-2009, a practice known as “low-balling” for which banks have been fined.

Senior executives were concerned that if banks acknowledged the high interest rates they were paying to obtain scarce funds, it could cause bad publicity and knock their banks’ share prices.

During the financial crisis of 2007-2009 the Bank of England, concerned about financial stability, intervened in the Libor setting process.

Evidence of low-balling obtained by the BBC includes a secret audio recording from 2008 implicating the Bank of England and sworn testimony given to the US Department of Justice that Barclays was told by the Bank of England to lower its Libor estimates as early as 1 September 2007.

However, senior Barclays bankers and Bank of England executives told Parliament in 2012 that they had not known about low-balling until that year, 2012.

When the secret audio was broadcast in April 2017, MPs called for an immediate inquiry. The Bank of England has said Libor was unregulated at the time.

Defence lawyers at the Libor trials have questioned why the SFO has charged or prosecuted no one in connection with low-balling.

The SFO told the court it had an investigation running into low-balling. As recently as May 2019, the SFO re-iterated that stance, telling journalists it was still investigating the practice.

The SFO said its general counsel, Sara Lawson QC, made the decision to close the Libor investigation because its director, Lisa Osovsky, was recused from the Libor case.

Ms Osovsky has a background of roles in enforcement, including as deputy general counsel to the US Federal Bureau of Investigation (FBI), which has investigated Libor rigging.