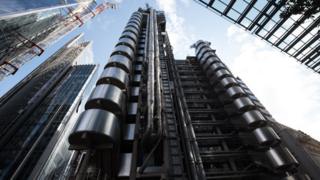 Lloyd’s of London’s boss has said he was “devastated” by a report detailing evidence of sexual harassment and assault against women at the company.

Chief executive John Neal admitted that when he saw an investigation by Bloomberg: “We thought there were signs that it was a reality.”

The report showed women were subjected to inappropriate comments as well as physical attacks by male colleagues.

Lloyd’s of London said it had since commissioned a survey into its culture.

Mr Neal told BBC Radio 4’s Today programme that the results of the survey, conducted by the independent Banking Standards Board, “validates some of the issues that we’ve got to tackle”.

The survey was open to all the 45,000 people who work at the insurance market, not just Lloyd’s of London’s 800 direct staff.

Thousands of brokers and other members who work at Lloyd’s are employed by other insurance companies.

Mr Neal said the results of the survey would be discussed on 24 September. “We’ll be talking about two or three core actions that we think can deal with gender equality in our market place and deal with some of the behavioural issues that are being discussed.”

Lloyd’s has said that it will set up on independent hotline for whistleblowers, as well as potentially implementing lifetime bans for inappropriate behaviour.

Under Lloyd’s of London’s previous boss, Dame Inga Beale – the only woman to lead the company in its 331-year history – the company banned its direct workers from drinking during office hours.

However, according to Bloomberg’s report in March, the move faced pushback from people at Lloyd’s.

He was previously chief executive at Australian firm QBE Insurance, where he was penalised for failing to inform that board in a timely manner that he was in a relationship with his executive assistant.

The QBE board subsequently cut Mr Neal’s short-term bonus by 20%, commenting: “Both parties agree some recent personal decisions by the chief executive have been inconsistent with the board’s expectations.”

Meanwhile, Lloyd’s reported a sharp rise in profit for the first half of the year which hit £2.3bn, up from £600m in the same period in 2018.