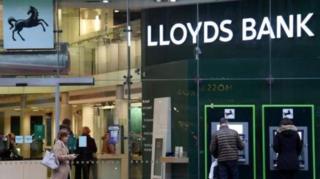 The PPI cost meant the bank made just £50m of profits in the third quarter. It also knocked profits for the first nine-months, which fell 40% to £2.9bn.

Lloyds added Lord Blackwell would leave as chairman at or before the bank’s annual meeting in 2021.

The £50m of third quarter profits is down from £1.8bn in the same three months a year ago.

The bank’s chief executive, Antonio Horta-Osorio, said: “I am disappointed that our statutory result was significantly impacted by the additional PPI charge in the third quarter, driven by an unprecedented level of PPI information requests received in August”.

The City regulator set a 29 August deadline for claims for compensation for PPI, which prompted a rush of claims.

Lloyds has the biggest bill of all the banks for mis-selling of the insurance policy – which was intended to cover loan payments if, for instance, customers fell ill, but was often sold to people who did not want it or did not need it.

Nevertheless, Mr Horta-Osorio said the bank’s financial performance had been solid despite a “challenging external environment”.

“We will maintain our prudent approach to growth and risk whilst continuing to focus on reducing costs and investing in the business to transform the group for success in a digital world,” he said.