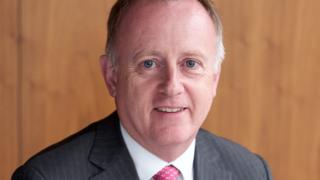 Lloyd’s of London has vowed to tackle its male dominated culture after almost one in ten workers said they had witnessed sexual harassment.

According to an independent survey, commissioned by the insurance market, 8% of workers reported having seen harassment in the past 12 months.

It comes after a raft of complaints about bullying and sexism at the City institution surfaced earlier this year.

Boss John Neal said the survey showed the “urgency” of its problems.

“We must address the negative actions and behaviours that have for too long gone unspoken and with impunity,” he said.

The City marketplace, where brokers and insurers meet to do business, commissioned the research after a highly critical report by Bloomberg Businessweek in March.

It found that female workers had faced inappropriate comments, as well as physical attacks by male colleagues. This followed earlier complaints about excessive alcohol consumption and boorish behaviour during working hours.

Last week Mr Neal told the BBC that the Bloomberg revelations had been “devastating”, adding: “We thought there were signs that it was a reality.”

The survey, carried about by the Banking Standards Board, was open to all 45,000 people who work at the marketplace, not just its 800 direct staff, and around 6,000 people participated.

One in five respondents said that they did not believe they had equal opportunities at Lloyd’s, regardless of gender.

Meanwhile, a quarter said they had observed excessive consumption of alcohol at the marketplace during the past year, while 22% had seen people in the organisation “turn a blind eye” to inappropriate behaviour.

The Lloyd’s marketplace is a City institution

In response, Lloyd’s promised to launch a gender balance plan with “measurable and achievable targets”. It will also publish new standards of business conduct and establish an advisory group of experts to drive “cultural transformation”.

This follows previous moves to boost the reporting of harassment and punish those who misbehave.

Insurance is a largely male dominated industry in the UK, and Lloyd’s of London’s previous boss, Dame Inga Beale was the only woman to lead the company in its 331-year history.

Under her watch the company banned its direct workers from drinking during office hours. However, according to Bloomberg’s report in March, the move faced pushback from people at Lloyd’s.

The appointment of Mr Neal, who took over from Dame Inga last October, has raised eyebrows in some quarters.

He was previously chief executive at Australian firm QBE Insurance, where he was penalised for failing to inform that board in a timely manner that he was in a relationship with his executive assistant.

The QBE board subsequently cut Mr Neal’s short-term bonus by 20%, commenting: “Both parties agree some recent personal decisions by the chief executive have been inconsistent with the board’s expectations.”