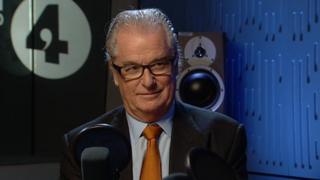 Lord Tim Bell was surrounded by his family when he died following a “prolonged illness”, said close friend and business partner Piers Pottinger.

The poster was regarded as having made a key contribution to Mrs Thatcher’s general election triumph in 1979.

He was awarded a knighthood by Mrs Thatcher and a peerage by Tony Blair.

The poster, showing a snaking queue of unemployed people, is said to have changed political advertising in the UK.

“He was a devoted family man and passionate supporter of the Conservative Party, most famously helping Margaret Thatcher win three general elections,” he added.

“He was an inspiration to everyone who worked with him. Most importantly to me, he was always a true and loyal friend. Nobody can replace him.”