Mastercard, eBay and Stripe pull out of Facebook’s Libra 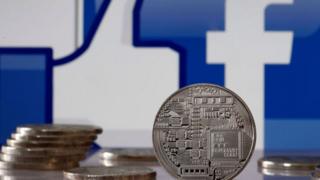 Facebook had said it hoped to launch Libra in 2020

Their move, first reported in the Financial Times, follows the withdrawal of PayPal, announced last week.

It represents a huge blow to the social network’s plans to launch what they envision as a global currency.

The project has drawn scrutiny from regulators and politicians, particularly in the US.

Facebook chief executive Mark Zuckerberg will appear before the House Committee on Financial Services on 23 October to discuss Libra and its planned roll-out.

In a statement released on Friday, eBay said it “respected” the Libra project.

“However, eBay has made the decision to not move forward as a founding member. At this time, we are focused on rolling out eBay’s managed payments experience for our customers.”

A spokesperson for Stripe said the firm supported the aim of making global payments easier.

“Libra has this potential. We will follow its progress closely and remain open to working with the Libra Association at a later stage.”

The Libra Association, set up by Facebook to manage the project, said: “We appreciate Stripe and eBay’s support for the goals and mission of the Libra project.

“We are focused on moving forward and continuing to build a strong association of some of the world’s leading enterprises, social impact organizations and other stakeholders to achieve a safe, transparent, and consumer-friendly implementation of a global payment system that breaks down financial barriers for billions of people.

The firm has not yet commented on the departure of Mastercard.

Last week, PayPal said it would no longer be part of the Libra Association, but did not rule out working on the project in future – prompting a strong reaction from the Association.

“Commitment to that mission is more important to us than anything else,” it said in a statement. “We’re better off knowing about this lack of commitment now.”

Do you have more information about this or any other technology story? You can reach Dave directly and securely through encrypted messaging app Signal on: +1 (628) 400-7370