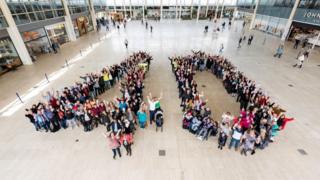 A shopping centre that was opened by Margaret Thatcher and was the location for a Cliff Richard pop video is marking 40 years.

MK: Centre was the UK’s biggest shopping centre when it was built in Milton Keynes – the new town which was only 12 years old itself at the time.

As part of the celebrations, the centre is looking back at the last four decades of fashion.

Kim Priest, head of marketing, put its success down to remaining “relevant”. 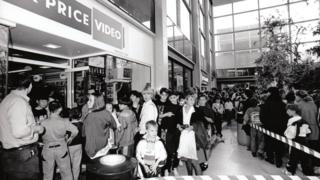 Queues formed outside stores when the shopping centre first opened, including a branch of the now-defunct music chain Our Price selling videos only 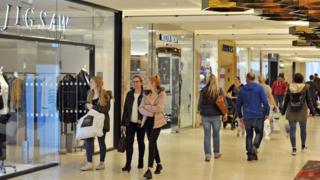 Forty years on, MK: Centre is still considered one of the top 10 shopping destinations in the country

She said: “We are so proud of where we started and how far we have come, becoming a regionally dominant top 10 shopping destination with growing footfall.

“We will approach the next four decades as we have the last four – continually investing in understanding the needs of our guests.”

The building was called Central Milton Keynes at the time of its grand opening on 25 September 1979, it was billed as “one of the most spectacular shopping centres”.

A promotional poster said shoppers would be able to find 130 of their favourite stores all under one roof, including C&A, Boots, Woolworths, British Home Stores (BHS) and Waitrose. 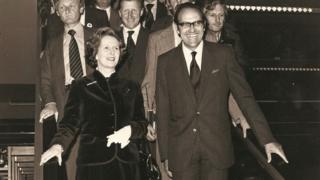 The shopping centre was opened my Margaret Thatcher, who had recently been appointed as prime minister 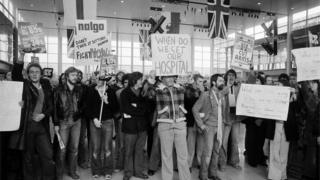 Mrs Thatcher’s visit was met with a demonstration, four months after she became Prime Minister

The poster said: “It’s where you can wander along sunny, marble-paved arcades away from the traffic and under the trees.

“And where there’s acres of free level-ground parking space right on the doorstep.”

C&A, Woolworths and BHS have disappeared from British high streets, but recent additions to MK: Centre include Primark, Trailfinders, Morano’s and Oliver Bonas. 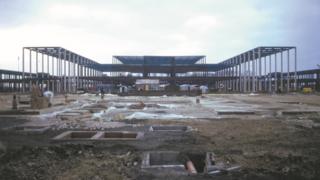 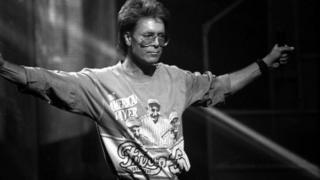 Cliff Richard, pictured performing on Top of the Pops, used MK: Centre as the location for the music video for Wired for Sound

It was officially opened by Britain’s newly-elected first female prime minister, who was met with protesters with placards which said “where is our hospital?” and “stop the cuts”.

In 1981, Cliff Richard donned roller skates and filmed the video for his hit single Wired for Sound at the centre. 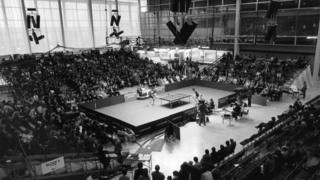 The centre has hosted a number of national sporting championships, including table tennis

The shopping centre boasted the first McDonald’s to open outside London and it has hosted a number of national sporting championships from table tennis to basketball.

The centre was given protected status, making it a Grade II-listed building, in 2010.

As part of the 40-year celebrations, there will be live entertainment and an exhibition covering four decades of style, fashion and history. 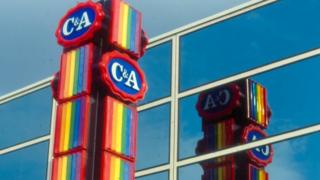 C&A was one of the original stores, but is no longer there 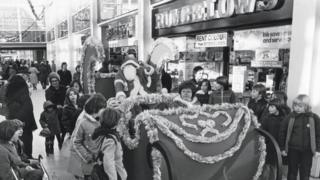 Kim Priest, head of marketing, said the centre has always remained relevant to its shoppers