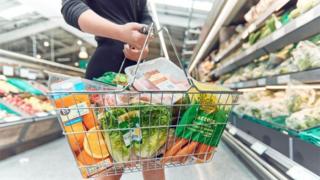 The new jobs will be in customer-facing roles, such as more butchers, bakers, fishmongers, the supermarket said.

Managers will be able to move to the new jobs, with the firm saying there will be roles “for everybody who wants to continue to work at Morrisons”.

David Lepley, Morrisons group retail director, said: “Whilst there will be a short period of uncertainty for some managers affected by these proposals we will be supporting them through this process.

“There will also be more roles with greater flexibility that are very attractive to colleagues with families.”

The company says those in managerial jobs who want to remain working at Morrisons can stay, however, their new offer would be at the front line salary level.

Front-line store staff at Morrisons earn £9 an hour. News of the restructuring was first reported by Retail Week.

All affected stores will have a 45-day consultation period. Then, in March, the cuts will begin.

The manager jobs at risk include in-store posts, and not office roles, the company said.

Jobs such as in-store beer, wine and spirits managers will be combined with other jobs.

The news comes after rival Sainsburys said this week it was shedding hundreds of management roles, but did not confirm the number.

Sainsburys’ cuts are being made due to its integration of Argos, bought in 2016.