‘My overdraft cost will nearly double – why am I being punished?’ 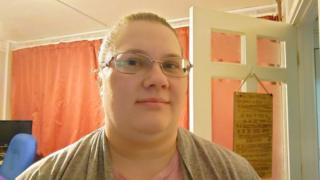 “My overdraft cost will nearly double – why am I being punished?”, asks Claire Griffiths from Northamptonshire.

“The increase is worrying,” she says.

Ms Griffiths has had an arranged overdraft – agreed with her bank, NatWest – ever since she was a student 10 years ago.

NatWest is just one of several of the major banks to have recently announced much higher interest rates for overdrafts, in some cases twice as much as they were charging before.

Why have these changes happened?

An investigation by financial regulator the Financial Conduct Authority (FCA) found that banks were making £2.4bn a year from overdrafts.

The customers who suffered most were the 14 million who slipped into unarranged overdrafts, without getting authorisation in advance from the bank, and paid much higher charges.

The FCA decided these charges were too high and too confusing so it banned treating people with unarranged overdrafts differently and it banned daily or monthly charges. The new rules will come into force from April this year.

But it means banks are lumping all their charges into the interest rate, which will commonly be around 40%, exposing just how expensive an overdraft can be.

What are the banks charging?

To put those interest rates into context, the average quoted rate for credit card borrowing is just over 20%, according to the Bank of England.

Banks say only a minority of customers will actually lose out.

Keir from Cambridge has an unarranged overdraft, one he slipped into without permission from the bank. It cost him £360 last year.

“It felt so demoralising when I saved some money to pay off a bit of the debt, and then all it covers is the monthly fees and interest,” Keir says.

“It was difficult to stop myself from going deeper into the red.”

Keir has wrestled with his overdraft and managed to get it down by saving each week, but he is frightened by the jump in interest rates.

He will benefit from the removal of daily charges, something he says is good in principle.

However, Keir feels he was manipulated by his bank, which offered to increase his borrowing when he was vulnerable and could not afford to take on any more debt.

It is still open to banks to charge vulnerable customers more by applying a higher interest rate to their borrowing.

For instance, while Lloyds will charge most customers 39.9% but people with a bad credit record will pay 49.9%.

Who will the winners and losers be?

The fact that leading banks are charging roughly the same has become an embarrassment for the FCA.

So much so that it has asked them to explain why they have set “very similar prices”.

But the big question is how all this works out for the public, particularly for the most financially vulnerable families who have paid the steepest charges up until now.

Some customers, like Ms Griffiths, will lose out. For the most part they are people who borrow more and borrow for longer.

However, the FCA says that seven out of 10 overdraft users will either see no change in what they pay or will be better off.

Crucially, no one who goes into the red without permission should pay more and for some the gains will be big.

An unarranged overdraft of £100 for a week will be £52 cheaper with Santander and £55.35 cheaper with NatWest.

So in future how much you pay for an overdraft could still depend on how much financial trouble you happen to be in.

Ms Griffith’s bank, NatWest, told us the majority of its customers would pay the same or be better off, but that it would be writing to customers who currently have high overdraft balances and will pay higher fees.

A NatWest spokesperson said: “We’ve been working hard to make sure we have the right support in place.”