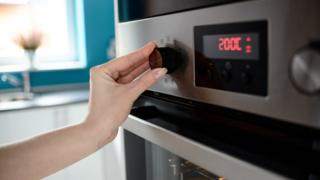 Two top energy firms say they have moved ownership of their UK operations overseas to protect themselves from Labour’s nationalisation plans.

National Grid has opened offshore holding companies in Hong Kong and Luxembourg, while SSE has incorporated in Switzerland.

It would not stop a government taking control of their operations but would protect shareholders, the firms’ said.

Labour said the “rip-off” move showed the grid needed to be in public hands.

In its election manifesto, the party promised a radical plan to renationalise Britain’s rail, mail, water and energy networks, along with broadband.

But energy companies have criticised the plan, with SSE and National Grid among those running ads on Facebook warning of the potential costs.

Labour has previously said its plans would be cost neutral, help decarbonise the economy faster and create jobs.

But, as first reported in the Sunday Times, there are fears that it would try to renationalise the companies at a discount, compared to their current market value.

Critics warn this would hit shareholders, including pension funds, who would be compensated with government bonds.

National Grid runs the electricity transmission network in England and Wales, as well as the main gas transmission pipelines. It has a market value of £31bn.

“Labour’s proposals for state ownership of National Grid would be highly detrimental to millions of ordinary people who either hold shares in the company or through their pension funds – which include several local authority pension funds,” a spokeswoman said.

“To protect their holdings, and in line with our legal fiduciary duty to our shareholders, we have established holding companies in Luxembourg and Hong Kong. This has no financial benefit to the company and does not affect its day-to-day operations,” she added.

SSE said it had moved its electricity distribution business – which supplies 3.7 million homes in Scotland and England – to a Swiss holding company. It has also moved its Scottish transmission network business.

The firm, which has a market value of £13.6bn, said Switzerland was party to the Energy Charter Treaty which offered better shareholder protection.

“[This is] an additional safeguard, which SSE does not believe would be required in practice, should SSE’s electricity networks businesses and interests… become the subject of proposed legislation for nationalisation,” a spokesman said.

“In practice, SSE expects that precedent, the principle of fairness and the need to secure future investor confidence in the UK economy means it should be possible to secure fair value from nationalisation.”

According to the Sunday Times, water company Anglian and Yorkshire has already set up an offshore holding company. Severn Trent is said to be considering a similar move.

In a statement Labour said: “The UK’s energy networks are vital strategic infrastructure on which we all rely. You cannot boil a kettle, heat your home or run a business without the grid.

“The idea that private owners, who have been ripping off the public, would move offshore in an attempt to prolong the rip-off illustrates just why we need the grid back in public hands.”