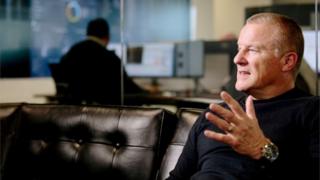 The UK’s best-known stockpicker is to close his remaining investment funds, signalling the end of his multi-billion-pound empire.

Neil Woodford was sacked from his flagship fund early on Tuesday, and has now announced he will close the last two funds.

He described it as a “highly painful decision”, adding that the funds would be wound down in “an orderly fashion”.

The so-called “Oracle of Oxford” was dismissed from his troubled £3.1bn Equity Income fund by its administrators on Tuesday. The fund will be wound up and any cash returned to investors. It follows a series of disastrous investments.

That sacking initially prompted an angry response, with Mr Woodford saying it was a decision “I cannot accept, nor believe is in the long-term interests” of the business.

But on Tuesday evening, in a further announcement, he said the last two funds – Income Focus and Woodford Patient Capital – would be shut.

He said: “We have taken the highly painful decision to close Woodford Investment Management. We will fulfil our fund management responsibilities to WPCT and the LF Woodford Income Focus Fund and once completed will close the company in an orderly fashion.

“I personally deeply regret the impact events have had on individuals who placed their faith in Woodford Investment Management and invested in our funds.”

Mr Woodford became a household name during 26 years at Invesco, where his stockpicking expertise turned £1,000 invested at the start into more than £25,000 by the time he left.

His stellar reputation meant that savers poured millions into his new company. But his many investments in smaller and private firms turned sour. Investors began withdrawing money in huge numbers.

The Equity Income Fund was suspended in June after being crippled by these redemption requests. It meant that investors’ money would be locked in for months.

Ryan Hughes, head of active portfolios at investment firm AJ Bell, said there was “a feeling of inevitability” about the closure. Without any money coming in “it was difficult to see how the business could survive”, he said.

Neil Woodford had been the darling of the armchair investor – but, as one said today, the whole thing had become “toxic”.

Four years ago, he was giving them 20% returns. Now he is giving them losses, a lot of uncertainty, and perhaps a lesson in hubris.

Some of those investors will be kicking themselves for being too reliant on a “star” manager, rather than spreading their investments, as has always been the advice.

The fund manager may soon have found he had nothing left to manage, so commentators say it was inevitable that he has thrown in the towel.

Those stockpickers who remain in the ring may find individual investors are a lot more cautious about giving them their support, and their money.