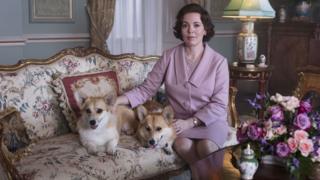 The emergence of new competitors has started to dent Netflix’s growth in the US.

The streaming giant said it added just 420,000 subscribers there in the most recent quarter.

It blamed the “low membership growth” on “new competition” as well as its recent decision to raise the price for its streaming service.

It said it was boosted by releases that included a new season of royal drama “The Crown” and fantasy show “The Witcher”.

Netflix is contending with a raft of new competitors, as rivals like Disney, Apple and Comcast offer their own streaming services.

The firm is spending heavily on content to fend off the threats, with at least one analyst predicting it will invest more than $17bn in 2020.

The firm’s shares have had a bumpy ride since 2018, as investors grow more wary about its growth prospects and mounting debt.

Last year, the company lost US subscribers during the second quarter – the first such decline in eight years.

Netflix said its growth overseas had been less affected by the launch of new rivals. It has more than 100 million subscribers outside of the US, including more than 51 million in Europe, the Middle East and Africa.

“As always, we are working hard to improve our service to combat these factors and push net adds higher over time,” it said in a letter to investors discussing its quarterly results.

The firm said it expected to add about 7 million subscribers in the upcoming quarter.

If it does not add new customers quickly enough, the firm’s spending rate may force it to raise prices or take on new debt, he added.

However, he said he remained positive about the firm’s prospects.

“Netflix has a huge head start and remains in pole position given its broad content catalogue and extensive relationships with telcos and pay TV providers,” he said.

“It should be able to weather the streaming battles over the short to medium term.”