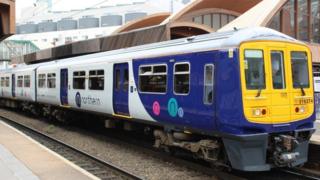 The government has described Northern rail services as “unacceptable” as delays continue to plague its trains.

Transport Secretary Grant Shapps said he is “not prepared” to tolerate the commuter line’s poor performance.

In October, Mr Shapps said he had taken steps that could lead to the operator being stripped of its franchise.

Giving evidence to the Commons’ Transport Select Committee last year, the transport secretary said that he had issued a “request for proposals” from the company and the Operator of Last Resort.

This could lead to Northern rail’s service being brought under government control.

The rail operator company has faced several issues in recent years, such as cancellations after the introduction of new timetables.

Just over half of Northern’s services, which are run by Arriva Rail North, arrived on time in the year to 9 November 2019.

David Brown, managing director at Northern rail, said the company had faced challenges outside of its control in recent years.

One includes the late delivery of major infrastructure projects, such as the North West electrification, more than two years late.

The process to decide whether Northern should be stripped of its franchise is still ongoing.

The BBC understands a decision is likely to come in “a matter of weeks”.

Broadly speaking, there are two options;

The situation has arisen because Northern is not meeting many of its obligations under the current franchise contract (longer trains, new services (particularly on Sunday) but performance is a big part of it and the Northern franchise was losing money for some time.

Northern recently insisted its passenger numbers are growing again after a period of decline following the 2018 timetable.

It’s unclear whether the franchise is still making a loss today.

A senior rail source told the BBC that there is certainly a “ramping up of the language” on the issue.

The BBC is waiting for comment for the Department for Transport.