February 1, 2020 by Joshua Marshall No Comments 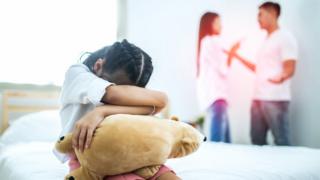 People with the most serious complaints about the Department for Work and Pensions (DWP) have to wait 18 months before their cases are investigated.

BBC Radio 4’s Money Box has also learnt that nearly two-thirds of investigations miss their target of being cleared within 20 weeks.

One man in dispute with one of its agencies called the delay “obscene”.

The DWP said it understands “the impact that waiting for an investigation can have on people and their families.”

The most common complaints to the DWP include things like a failure to follow proper procedures, excessive delays and poor customer service.

Alan, who did not want his real name used, said he faces nearly a four-year wait in total before his case is resolved.

He first complained to the government-run Child Maintenance Service (CMS) in November 2017. He says it took thousands of pounds of a redundancy payment directly from his bank account.

The dispute has made his existing mental health problems worse and left him “flatlining”, he says.

He added that he is unable to motivate himself to work and is “getting poorer by the day”.

After 18 months, Alan’s case still was not resolved. He was then given permission to take his complaint to the Independent Case Examiner (ICE).

ICE acts as a free, independent referee for people with complaints about the DWP – and its contracted services, which include things like the CMS, pension payments and disability benefits.

Alan was told his complaint had been accepted, but that it would be more than a year before someone was assigned to investigate it.

Even after that, Money Box has seen figures which suggest two-thirds of cases take longer than the 20-week target, while half of them take six months or even longer.

That means that hundreds of people face a wait of more than two years for their complaints to be resolved once they have been accepted by ICE.

He said: “I am just one of thousands of people in this situation.

“I think the delay in the complaints procedure is atrocious. It’s symptomatic of a department that doesn’t take its obligations to people it is dealing with seriously.”

He added: “It’s a damning indictment of the modus operandi of the Department for Work and Pensions.”

How does ICE work?

ICE only looks at the “most serious complaints” about services offered by the DWP.

That includes organisations such as Jobcentre Plus, the Pension Service, the Disability and Carers Service and Pension Wise, as well as the CMS.

ICE will only consider people’s complaints if they have finished the complaints procedure with the original agency or organisation.

It then decides whether or not it will “accept” someone’s complaint.

If it does, BBC Radio 4’s Money Box programme has learnt through a freedom of information request there is a delay of about 18 months before it is opened.

Once it is opened, most cases require a full investigation with a 20-week target.

Money Box has seen figures which suggest that nearly two-thirds of cases miss this deadline.

The Department for Work and Pensions said in a statement: “We want to make sure people can get the support they are entitled to if they have been treated unfairly, and understand the impact that waiting for an investigation can have on people and their families.

“We are hiring and training new staff as quickly as we can, and cleared more complaints last year than in 2017-18.

“The vast majority of complainants are satisfied with the service they receive.”