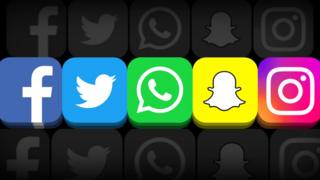 Regulator Ofcom is set to be given the power to make tech firms responsible for protecting people from harmful content such as violence, terrorism, cyber-bullying and child abuse, the government will confirm on Wednesday.

Platforms will need to ensure that illegal content is removed quickly.

They will also be expected to “minimise the risks” of it appearing at all.

However it is not yet known what penalties Ofcom will be able to impose on those firms who fail to comply.

“There are many platforms who ideally would not have wanted regulation, but I think that’s changing,” said Digital Secretary Baroness Nicky Morgan.

“I think they understand now that actually regulation is coming.”

Communication watchdog Ofcom already regulates television and radio broadcasters, including the BBC, and deals with complaints about them.

This is the government’s first response to the Online Harms consultation it carried out in the UK in 2019, which received 2,500 replies.

The intention is that government sets the direction of the policy but gives Ofcom the freedom to draw up and adapt the details. By doing this, the watchdog should have the ability to tackle new online threats as they emerge without the need for further legislation.

A full response will be published in the Spring.

“Too many times social media companies have said: ‘We don’t like the idea of children being abused on our sites, we’ll do something, leave it to us,'” said chief executive Peter Wanless.

Seyi Akiwowo set up the online abuse awareness group Glitch after experiencing sexist and racist harassment online after a video of her giving a talk in her role as a councillor was posted on a neo-Nazi forum.

“When I first suffered abuse the response of the tech companies was below [what I’d hoped],” she said.

“I am excited by the Online Harms Bill – it places the duty of care on these multi-billion pound tech companies.”

In many countries, social media platforms are permitted to regulate themselves, as long as they adhere to local laws on illegal material.

Germany introduced the NetzDG Law in 2018, which states that social media platforms with more than two million registered German users have to review and remove illegal content within 24 hours of being posted or face fines of up to €5m (£4.2m).

Australia passed the Sharing of Abhorrent Violent Material Act in April 2019, introducing criminal penalties for social media companies, possible jail sentences for tech executives for up to three years and financial penalties worth up to 10% of a company’s global turnover.