OneCoin lawyer on trial for role in ‘crypto-scam’

November 4, 2019 by Joshua Marshall No Comments 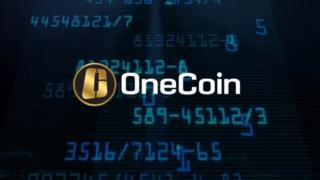 OneCoin’s promoters claimed it would deliver a “financial revolution”

The trial of a US lawyer accused of laundering some of the proceeds from the OneCoin cryptocurrency “scam” has begun in New York.

Mark Scott is accused of routing approximately $400m (£310m) out of the US while trying to conceal the true ownership and source of the funds.

Some is alleged to have ended up in Bank of Ireland accounts.

Prosecutors claim he also spent some of the fraud’s proceeds on a yacht, three homes and a Ferrari car.

They add that while the accused had earned hundreds of thousands of dollars a year in his role as a partner at a top-ranked law firm, this was “a fraction of the money he was paid to launder OneCoin fraud scheme proceeds”.

A recent filing by his lawyers indicate that they expect the government will prove that money that originated with OneCoin was indeed invested in funds controlled by the defendant.

But they point to the fact that Mr Scott previously told the FBI that that he had asked a colleague to look into rumours that OneCoin might be a “pyramid scheme” before getting involved, and had been reassured “there was nothing illegal going on”.

“The central issue at trial will be whether or not Mr Scott knew OneCoin was operating a criminal scheme,” they add.

Mr Scott faces one charge of conspiracy to commit money laundering and another to commit bank fraud.

He has pleaded not guilty.

The judge in the case has said it is likely to last between two to three weeks.

US-based investors claiming to have been defrauded by the scheme are also attempting to sue Mr Scott for recompense in a related case.

In total, investigators believe as much as £4bn sterling has been raised globally via what is said to have amounted to a Ponzi scheme, with investors based in Uganda, China and the UK, among other countries.

“OneCoin used the success story of Bitcoin to induce victims to invest under the guise that they, too, could get rich through their investments,” New York state attorneys say in one filing.

“This was, of course, completely false because the price of OneCoin was a fiction and not based on supply and demand.”

Among the evidence the prosecutors intend to present is testimony from one investor who they say wired thousands of dollars for a OneCoin package to a German entity, which in turn sent millions of euros directly to the defendant’s investment funds.

Others involved in OneCoin are also facing prosecution.

The man alleged to be one of the scheme’s leaders, Konstantin Ignatov, was arrested at Los Angeles International Airport in March.

And one of its co-founders, Sebastian Greenwood, was extradited from Thailand to the US following an operation involving the FBI in November 2018.

However, the Bulgarian-based organisation behind OneCoin Ltd continues to operate and denies all wrongdoing.

“OneCoin verifiably fulfils all criteria of the definition of a cryptocurrency,” it said in a recent statement given to The Missing Cryptoqueen, a BBC podcast.

It added: “Our partners, our customers and our lawyers are fighting successfully proceedings against OneCoin. We are sure that the vision of a new system on the basis of a financial revolution will be established.”

The BBC podcast has been documenting the search for Dr Ruja Ignatova, another of the co-founders and the original public face of OneCoin.

The ex-McKinsey consultant had appeared at numerous events and on social media to promote the scheme.

But she disappeared from view around October 2017 and there has not been a confirmed sighting since.

Listen to The Missing Cryptoqueen podcast