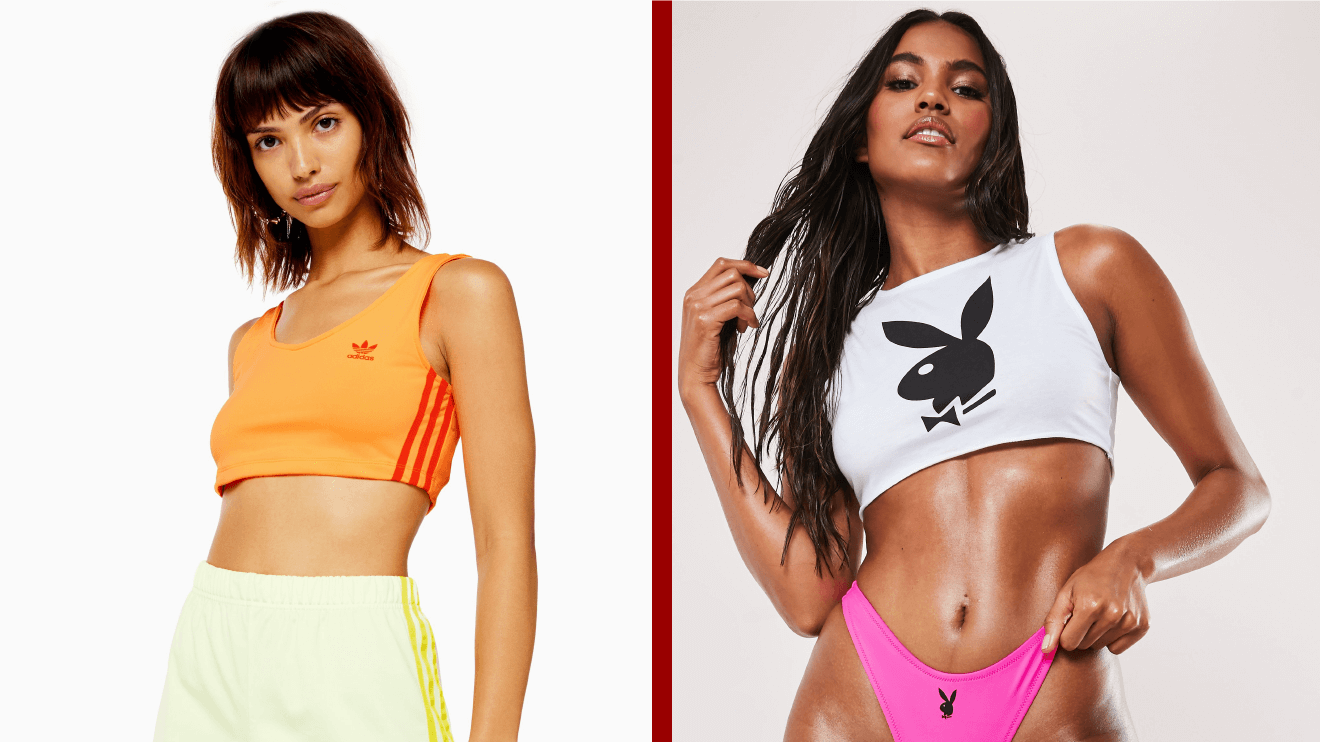 Online fashion stores are more likely than traditional retailers to use images that a Google tool classifies as “racy”, BBC research finds.

One of the companies analysed, Missguided, said its site reflected what appealed to its customers.

The findings come as the Advertising Standards Agency (ASA) banned adverts from retailers Missguided and Boohoo.

The ASA said the Missguided advert featured “highly sexualised” images and “objectified women”, while it told Boohoo to make sure its advertising was “socially responsible”.

The BBC’s research found that on a typical UK High Street fashion retailer’s website, 8% of women’s modelling images were “racy”, compared with 16% for online-only sites.

Missguided said: “Our website reflects what appeals to the young women who love to buy from us – sassy, empowered, unafraid of what others think.

“We run our website for them, not an artificial intelligence algorithm.”

The images analysed were posted in the “new in” sections of retailers’ websites.

Seven of the companies analysed also had men’s sites. Of the 6,200 images gathered from these, only 2% were classed as “racy”.

Online-only sites may have racier content because they use social influencers to promote their clothes, suggests Lexie Carbone, who works for Later – a US company which advises businesses on how best to use the photo-sharing app Instagram.

She says brands invite influencers to formal photo shoots, and these produce a different kind of picture, more reflective of different body shapes and skin-tones, but also potentially in more provocative poses.

“For the audience to be able to look at that influencer and imagine themselves in that outfit and kind of aspire to be living that life, it’s really captured in a different way than maybe a still traditional model pose.”

Martha Poole, managing director of the Manchester-based modelling agency Industry, thinks the main reason for the difference is the design of the clothes.

“In a dress that’s slashed from the neck to the navel, you don’t really have to stand provocatively, the dress itself is provocative,” she said.

However, Martha agrees there is a big difference in the appearance of influencers and the ‘traditional’ model which her firm represents.

She says that unlike many influencers, her models don’t have any visible physical enhancements such as fillers, as she wants her male and female models to look classically beautiful. “They have to be a certain height, have beautiful skin… and that hasn’t changed since the 1940s”.

They were given two different sets of photos – one batch from online-only sites, and one from High Street sites. The students had no difficulty telling the difference.

Natalie said the online-only models “just look like Instagram influencers, with the sleek long hair, and the style of the dresses – it’s just very night out and looks like thin material, like skimpy material, off-the-shoulder. I can just tell.”

Rebecca said: “It is more sexy… these will probably all be thong style [the swimwear], you can just tell by looking at them.”

Rhys said he could spot the High Street styles. “The dresses look much better quality, looking at the material and looking at the cuts of the dresses… The fast fashion ones look cheap.”

But he also thought there was a big difference in the way the online-only models were posing: “It’s almost a little bit inviting, I think it’s more provocative.”

David said: “When you have people posting stuff on Instagram, they use a lot of filters and highlighter is used to accentuate different features, so like breasts and thighs, so I think that adds to them looking more provocative.”

But all the students agree the racier images aren’t necessarily a bad thing, because online-only fashion sites are more likely to use models of different body shapes.

“I buy it, so it works!” Natalie laughs. “It is empowering because you can feel sexy, whatever your body type, and that is the message being brought out to younger girls and it works. I know that I’d buy it.”

Dr Antonis Kousoulis, Mental Health Foundation director for England and Wales, said: “The trouble with fashion advertising is that it is ubiquitous, it uses models who represent a very narrow stereotype of ‘beauty’ and it often targets young women.”

He added: “Fashion imagery can make many people feel worse about their bodies and themselves.”

A Government Equalities Office spokesperson acknowledged there was pressure on young people to achieve an idealised image which could affect their mental health. “We want all people to grow up feeling comfortable and confident about their bodies,” they said.

Google’s software scores images from one to five in terms of how likely they are to be, what they call, “racy”.

It is part of their “Safe Search” tool, which detects adult, spoof, medical, violent and “racy” images.

The BBC’s analysis only counted images with a score of four (‘likely racy’) or five (‘very likely racy’) as “racy”. For comparison, the average picture in lads magazine FHM’s “100 Sexiest Women” 2005 edition had a “racy” score of four.

While having more underwear or swimwear on a site will affect the score, the score is also influenced by the way in which the clothing is modelled.

How were the images analysed?

The BBC’s analysis looked at 18,000 images containing a female model from the “new in” sections of 10 fashion sites, posted in June to July 2019.

The sites were chosen because they are popular with women aged 18-24, according to internet research company SimilarWeb. Six were online-only and four were High Street stores.

Two other High Street brands, H&M and Zara, were left out of the analysis because the BBC was unable to gather images from their websites in a comparable way.

Only Missguided chose to comment on the BBC’s findings.