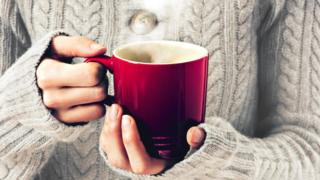 The PG Tips and Lipton tea brands could be sold by consumer goods giant Unilever because they are falling out of favour with the public.

The firm is reviewing its tea business amid a slowdown in sales as more consumers switch to the herbal variety.

It is part of efforts by chief executive Alan Jope to refocus the firm and concentrate on fewer brands.

The announcement came as Unilever announced its slowest quarterly growth in a decade.

The firm said its sales in the final three months of 2019 were up just 1.5%. However, it said it expected a stronger performance in 2020.

Unilever said it would look at “all options” for the tea business, including a partial or full sale.

According to research firm Kantar, the British tea industry is worth £667m a year, but over the last two years, demand for traditional black tea has fallen by 2.7%.

In contrast, demand has risen for other types of tea, with herbal teas now worth £52m and cold infusions valued at £11.2m.

Despite the question mark over Lipton’s future, it is rated by Unilever as one of its seven highest-earning brands.

The others are Dove soap, Knorr food products, Persil/Omo washing powder, Rexona deodorant, Hellmann’s mayonnaise and Wall’s ice cream (known as Ola, Algida, Kibon and Langnese in different parts of the world), according to the company’s website.

Since he took over a year ago, Mr Jope has targeted what he calls “brands with purpose”, saying that brands which do not have a clear social or environmental function could be eliminated from Unilever’s roster.

He told reporters last year that Unilever was taking a close look at such brands as Marmite, Magnum ice cream and Pot Noodle.