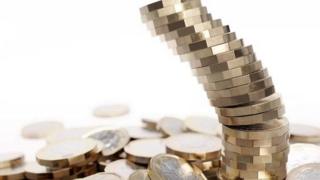 The value of the pound has fallen following news that Prime Minister Boris Johnson is planning to suspend Parliament on 9 September.

The move is expected to prevent opposition leaders from passing a law to stop a no-deal Brexit.

That is because many of those firms book much of their earnings in foreign currencies and benefit from a weak pound.

But the FTSE 250, a stock index that is seen as more representative of the UK economy, has fallen by 0.5%.

Firms that are exposed to the domestic economy such as house builders and airlines were hit: Taylor Wimpey, Persimmon and Barratt Developments were down between 2% and 2.3%.

“As far as the markets are concerned, there’s a fair bit of bad news already baked in to the pound,” according to David Cheetham, an analyst at currency trader XTB Online Trading.

“It is telling that after the knee-jerk move lower in recent trade, the selling we’ve seen is far from panic stations.”

Discussing the prime minister’s decision to suspend parliament, Mr Cheetham said: “This seems like a pre-emptive strike from [Mr Johnson] against those seeking to block a no-deal Brexit and once more it seems that the opposition are in danger of fluffing a big opportunity to have an impact.

“If the government is successful in this, then a no-deal Brexit wouldn’t be taken off the table until the 11th hour at the earliest and this keeps a significant downside risk to the pound in play.”

And Michael Hewson, chief markets analyst at CMC, said: “Sterling is under pressure as a consequence of the prospect of a no-deal Brexit increasing, while the FTSE 100 has jumped higher.

“Overall, though, this appears part and parcel of the ongoing battle between the various caucuses of MPs who want to block a no-deal Brexit at all costs, and those who want to retain the option as part of the ongoing attempts to renegotiate the withdrawal agreement.”

The government has asked the Queen to suspend Parliament just days after MPs return to work in September – and only a few weeks before the Brexit deadline.

Boris Johnson said a Queen’s Speech would take place after the suspension, on 14 October, to outline his “very exciting agenda”.

But it means MPs are unlikely to have time to pass laws to stop a no-deal Brexit on 31 October.