Pound surges to two-year high against the euro 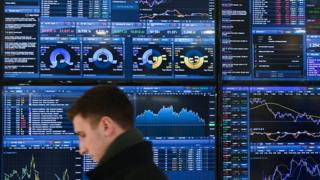 Sterling has jumped after opinion polls suggested the UK would avoid a hung parliament after next week’s election.

The pound reached a seven month high against the dollar and its highest level against the euro since May 2017.

The move came after polls suggested a 10-point lead for the Conservative party and a parliamentary majority.

However, analysts cautioned against relying too much on one poll and said the pound gained momentum after it went past the $1.30 mark.

Michael Brown, senior analyst at Caxton, said: “As we saw in 2017, polls can sharply narrow as we approach polling day.

Jane Foley from Rabobank said the move was mainly caused by “technical reasons” as sterling went over the “psychological” $1.30 level.