RBS faces up to £900m in new PPI charges 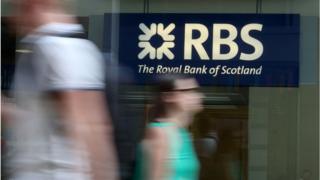 RBS says its profits could fall by a third this year after a surge of last-minute claims for mis-sold payment protection insurance ahead of the August deadline.

The bank said it expects to take an additional charge of between £600 and £900m after receiving a “significantly higher” amount of claims last month.

It is a blow for the bank which only recently returned to profitability.

The state-owned lender had previously forecast profits of £2.7bn for 2019.

PPI was designed to cover loan repayments if borrowers fell ill or lost their job, but many were sold to people who did not want or need them.

Banks and other providers sold millions of the policies, mainly between 1990 and 2010.

The deadline to seek compensation was 29 August, prompting a surge of last minute claims from consumers.

Santander was forced to extend its deadline for claims until 20:00 on 30 August after its online complaints form stopped working on 28 August.

Nat West, which is owned by RBS, also experienced issues online and there were long waits to get through to its phone lines.

RBS has set aside £5.3bn in total to cover PPI compensation, £4.9bn of which has already been spent.

However, the latest charges have come as a surprise for the bank which is still 62% owned by the taxpayer.

In 2018 it posted its first annual profit in a decade, after struggling to recover from the impact of the 2008 financial crisis.

And in its half-year results this year, it reported a 130% jump in earnings to £2bn – its best half-year performance for a decade – as well as a special dividend of 12p a share.

An astonishing £36bn in compensation has been paid out so far, with the typical payout amounting to £2,000.

In May Lloyds Banking Group set aside a further £100m as compensation in May, bringing its total provision to £19.5bn.