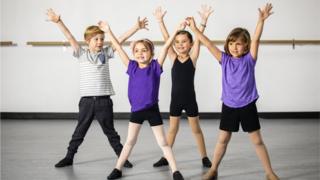 A tax should be introduced to ensure Welsh schools are properly funded as they introduce a new curriculum, a leading economist has said.

He said a levy could be applied to council tax, business rates or income tax.

The Welsh Government said it is prioritising education within its budgets.

Prof Jones, of Cardiff Business School, said the current funding for schools was “pretty dire” and another £200-£250m a year was needed as a minimum to return to the spending levels of a decade ago.

He suggests a new tax or levy which would raise money specifically for education as schools prepare to introduce the new curriculum from 2022.

“The new curriculum requires much wider areas of learning and it also requires teachers to be more autonomous, to be more flexible and to create more content themselves,” he said.

“I feel there simply isn’t any slack in the system at the moment so to ask teachers to do that job, it’s just unfair.”

The academic also suggests the borrowing powers which are not now being used to pay for an M4 relief road should be deployed to “kick-start this change in school education in Wales”.

Once the new tax was established in two or three years’ time it could channel extra cash into schools while paying off the borrowed money over the longer term, he said.

Prof Jones put forward the ideas in a report for the Future Generations Commissioner, which also proposed a major overhaul of GCSEs.

He said without extra resource the new curriculum would “fail,” bringing serious implications for skills and the economy.

“If we don’t fund schools properly we’re almost certainly locking in a dysfunctional economy for another generation or two generations,” he added.

“We’re very lucky that we’ve got a very clear vision of where we’re going with the new curriculum, and it’s a vision that people are excited about and they’re feeling positive about in general and are eager to get to grips with and implement,” she said.

“But the danger is that if we don’t have sufficient investment over the next two or three years, that we won’t be able to implement that new and exciting and positive vision.”

Ms Williams said that would be a “terrible shame” for all involved and could also result in some “quite chaotic effects” for schools and stress for staff.

The Welsh Government said that the budget for 2020-21 included an extra £86m for education.

“We are prioritising education within our existing budgets,” a spokesperson said.

“To support the roll-out of the new curriculum, we’ve made the single biggest investment in teachers since devolution – a £39m package of professional learning to help raise standards in the classroom.”