‘Sex work paid my student bills. Now I regret it’ 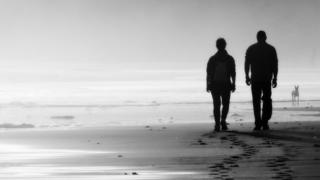 When he was out of money and stealing the milk in student digs, he decided there was only one option to earn some cash.

The individual, who does not want to be named, said he visited men when he was a teenage student to earn between £20 and £120 a time.

“That line of work was sort of always on my radar as an easy way to make money in tough times. I only did it when I really needed it,” he said.

Eventually, his parents found out and put a stop to it. He never talked to anyone else, including a subsequent girlfriend, about what had happened.

He now has a job, but says he is not in a position to preach to other students who are struggling for money.

“I regret it looking back. But if I was put back in that same situation, I might do the same thing,” he said.

A survey of students suggested that one in 25 undergraduates have tried adult work, including sugar dating by going out with older men, selling used underwear and having sex for money.

The National Student Money Survey, by website Save the Student, gathers the views of more than 3,000 people currently studying.

An additional 6% of students said they would try adult work if they needed emergency cash.

Nearly four in five students worried about making ends meet, according to the survey which was published in August.

Another student, who wished to remain anonymous, said she was shocked how many of her fellow students were involved in adult work of some kind to make ends meet.

“I’ve never been as poor in my life as I was as a student, the rent was so high. I went to the shops and all I could afford was an oven pizza for the day,” she said.

In desperation, she found information on social media on how to sell photos on an online fetish site. She made £100 or more a week selling pictures and videos of her feet to men.

“I was open about it. My Dad knew, my boyfriend knew. I do not regret it because I was finding a way to make money to eat,” she said.

“But uni was horrific because it pushed me to that work, which is so unfair. I will always be bitter about it.”

The National Student Money Survey found that 57% of those asked said they suffered poor mental health because of money worries – up 11 percentage points from the previous year.

“Adult work can feel isolating because of the stigma attached to it, meaning that if the student has a negative or dangerous experience they might feel unable to talk about it, leading to a deeper sense of loneliness,” she said.

“Universities and student unions need to review whether they have advice and safe spaces on campus or online to support students who are considering or actively involved in this kind of work.”

Jake Butler, from Save the Student, said that student funding should be given a top priority.

“The doubling of students involved in adult and sex work over two years is alarming and very concerning. But it’s not all that unexpected, given the financial situation students are put in,” he said.

“It is more important than ever for students to be aware of the financial pressures from the outset, so they can plan and budget effectively.”