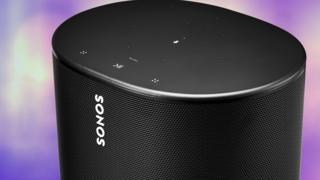 Speaker-maker Sonos has apologised after accidentally revealing the email addresses of hundreds of its customers to each other.

The firm upset people last week by saying it will stop issuing software updates for its older devices from May.

A staff member was emailing customers who had complained about the decision.

But instead of using the blind copy field, they used the regular copy all one, which meant that recipients could see each other’s email addresses.

In a statement to the BBC, Sonos said: “Earlier today, an email was sent in response to a number of customer inquiries that included email addresses. No further information was included.

“We have apologised to each customer affected by this error and have put in place processes to ensure this will not happen again.”

The blanket email was sent to more than 450 people. It apologised for a delayed response and noted that Sonos had received an “unprecedented number of emails” in recent days.

Some users who received the email took to Twitter to express their anger.

“Hi @sonos, thanks for sharing my email address in a CC reply to a few hundred others. What a week you are having,” tweeted John Nash.

It is the latest in a series of mishaps for the firm. In December it launched a recycling scheme that offered customers a 30% discount on new products if they followed certain steps to recycle their old ones.

Once done, the old speaker would be permanently deactivated. Some questioned whether it would be more environmentally-friendly to let people to resell them or give them away to friends.

Then in January, Sonos announced that from May it will no longer issue software updates for its older devices.

This also prompted an angry reaction from users who had spent hundreds of pounds on speaker products. They worried that, without updates, they would eventually lose functionality.

The decision forced an apology and explanation from chief executive Patrick Spence earlier this month. He reassured customers that devices would not be “bricked” when the software updates ended.

He also said that modern products would work with legacy ones, promising the details of this would be shared “in coming weeks”.