Spending review: The game has changed but not the rules 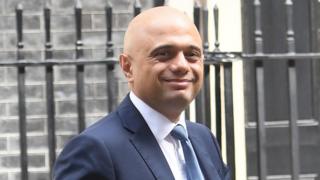 From schools to the armed forces, the providers of public services have been clamouring to know exactly how much they have to spend. They’ll get their wish a bit sooner than expected.

An unusual flurry of drama from the Treasury, that department better known for the staid crunching of numbers, saw Chancellor Sajid Javid’s much-touted speech, in which he was to set out his vision for the economy, cancelled at short notice.

Instead, the instruction was to stand by for the spending review next week. The idea is to get the spending plans out of the way, so that the focus can be on Brexit.

That, of course, is the official line, but the speculation is that this is the precursor to a snap election, a touting of sweeteners for voters in the form of extra cash for areas such as health, education and policing.

Boris Johnson was elected by party members on the back of a list of spending intentions (and tax cuts). That list was sparse on detail, but some estimates put the total cost at north of £30bn. How much of the former are likely to be delivered next Wednesday?

Mr Javid says there’ll be no blank cheque. Instead, this chancellor – who’ll have been in the post just six weeks come the spending review – appears to be borrowing his predecessor Philip Hammond’s playbook.

That chancellor first told me back in April that if a Brexit deal hadn’t been struck by the autumn, it’d be sensible to lay out plans for just one year, not the usual three, in case extra funds needed to be used to support the economy in the event of a no-deal.

Mr Hammond’s successor is not only doing that, but also sticking to the existing borrowing rules.

In the short term, that primarily means limiting the deficit to below 2% of GDP, after adjusting for the ups and downs of the economic cycle up to 2021, with an eye to eliminating the deficit altogether by 2025.

That means Mr Javid can afford to borrow a bit more to spend. He has up to £15bn of such “headroom” up to 2021 (down from an earlier £27bn, because of changes in the way student loans are accounted for).

Given the question marks over the path of Brexit, he probably won’t use it all. And it won’t be enough to cover the prime minister’s wishlist: areas such as defence and culture may not get much of a look in.

An emphasis on “choices” and “priorities” again suggests that Mr Javid is sticking to the Hammond script and emphasising fiscal responsibility. But there’s still enough to spend and he will inevitably claim to be ending austerity – although there’s a way to go to reverse all the cuts in real terms of recent years.

However, for the big picture, his vision for the economy, we’ll have to wait until the Budget, which may not happen until late autumn. It is only then that we’ll get updated forecasts from the Office for Budget Responsibility on the state of the economy and the public purse.

There’s speculation abound that No 10 was behind the decision to ditch the chancellor’s speech and bring forward the spending review.

But that doesn’t mean the prime minister is calling all the shots. The game has changed, but the rules No 11 is playing by seem to remain very much the same – for now.