Spending Review: What’s it all about? 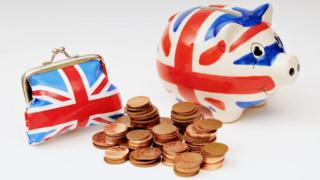 The government’s next Spending Review will be unveiled on Wednesday, giving details of how much money will be allocated to different departments during the 2020-21 financial year.

Chancellor Sajid Javid will announce the conclusions of the spending round in a statement to Parliament.

Ministerial sources have said the review is intended to provide certainty ahead of Brexit, which the government has vowed will happen on 31 October.

It is the first major economic pronouncement from the government since the Spring Statement in March, which was delivered by Mr Javid’s predecessor as Chancellor, Philip Hammond.

What exactly is a Spending Review?

In principle, it’s a chance to take a long-term view of the government’s spending plans.

It looks at the budgets of all the government departments and sets out how taxpayers’ money will be spent, by fixing the maximum amount that they can spend.

The current system of Spending Reviews began in 1998 under Labour, when Gordon Brown was chancellor.

Since then, here have been further reviews every two or three years until the last one in 2015.

That seems a long time ago. What happened?

In a word, Brexit. In November 2015, George Osborne was still chancellor – and he delivered a combined Spending Review and Autumn Statement.

But Mr Osborne quit politics after the UK voted to leave the EU. Since then, the timetable for spending reviews has been shrouded by what the Institute for Government calls “a fog of uncertainty”.

Both Mr Osborne and the austerity-driven financial assumptions that underpinned his 2015 statement now seem to belong to a vanished political era.

If anything, the occasion is probably best remembered for newly installed shadow chancellor John McDonnell’s brandishing of a copy of Chairman Mao Tse-tung’s Little Red Book during his response.

So what’s been going on since then?

Mr McDonnell is still in his post, but chancellors have come and gone.

Philip Hammond declared in his 2018 Budget that the era of austerity, which began in the wake of the financial crisis, was “finally coming to an end”.

And lavish spending promises made by new Prime Minister Boris Johnson have reinforced that impression.

But Mr Hammond didn’t last long enough as chancellor to deliver on his promise to launch a full three-year Spending Review before Parliament’s summer recess.

That was, in any case, subject to the passing of a Brexit deal, which has still not happened.

That’s the story so far. What happens now?

Mr Javid is still something of an unknown quantity as chancellor. The date of the Spending Review marks just six weeks since he got the job.

He has already promised that there will be higher spending on priority areas, such as schools, the police and health.

But he has also said that there will be no “blank cheque” for departments.

The Treasury says this spending round will take place under “the previous government’s fiscal rules”, which have targeted a 2% deficit in 2020-21.

What do economists think?

Yael Selfin, chief economist at KPMG, says she expects Mr Javid to be “relatively prudent” in sticking to those rules.

“The amount of money available is relatively limited,” she told the BBC, especially if the chancellor decides to keep some money in reserve for Brexit contingency measures.

“Given the circumstances, that are very unusual, this is probably not such a bad deal.”

Ann Pettifor, director of Prime Economics, takes a gloomier view. “We are now in a state of considerable economic fragility worldwide, but the UK is particularly weak,” she told the BBC.

She said there was now recognition that 10 years of austerity had been “extraordinarily damaging” to the British economy, which she blamed for the “political insurgency” of Brexit.

But she said the Spending Review would produce “nothing meaningful” unless it substantially ramped up public spending.

“One or two billion here and there will not be enough to fill the economic crater of previous years,” she said.

What do other experts make of that?

According to the Institute for Fiscal Studies, overall spending is likely to go higher than Mr Hammond had in mind back in March. Those plans implied an increase of day-to-day spending of £4.5bn, or 1.5% of the total budget, next year.

“With pledges on schools, further education, the NHS, defence and overseas aid, day-to-day spending on these public services is already set to be at least £9bn higher next year than this year,” says the IFS.

But the IFS pours cold water on the idea that Mr Javid is sticking to established rules, since there are no up-to-date forecasts available from the country’s spending watchdog, the Office for Budget Responsibility (OBR).

It adds: “OBR figures at Spring Statement time gave the government £15bn of headroom against its target to keep borrowing below 2% of national income next year. This looks like plenty to allow a decisive break with austerity.

“But with economic forecasts deteriorating, even when a Brexit deal is assumed, if we do get such a break with austerity, the next OBR report could show that we are not on course to keep borrowing below 2% of national income.”

It says this risks “a return to the bad old days when chancellors could make fiscal claims not based on the best available independent forecasts”.