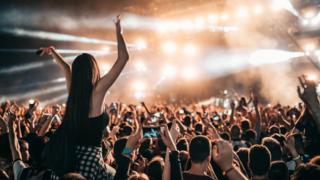 The UK’s competition watchdog has warned StubHub that it could face court action if it does not make changes to its website.

The Competition and Markets Authority (CMA) said it is “concerned” that StubHub is not warning customers buying resale tickets that they could be turned away at some venues.

The CMA said the ticket resale firm could be breaking consumer law.

StubHub told the regulator that it will make further changes to its website.

Andrea Coscelli, the chief executive of the CMA, said that the firm had previously committed to mend its online booking service following another investigation.

However, the CMA has identified new issues with the ticket sellers’ website.

It is concerned that StubHub has been:

Dr Coscelli said it was “unacceptable that we have now found these concerns.

“We have demanded swift action to resolve these problems.”

StubHub said that it complied with everything that the CMA requested after its 2018 investigation into online ticket resales.

StubHub executive Wayne Grierson said: “We have always collaborated closely with regulators in the interests of our fans, and will continue to do so.”

He added that StubHub was working quickly to resolve any “remaining valid concerns” the CMA held over information on its website.

The CMA also said that if the changes made don’t go far enough it will consider taking court action.

Last year, the regulator ruled that hotel booking websites had to review they way they rank and display rooms, over “pressure-selling” concerns.

Consumer group Which? later found that hotel booking websites’ “only 1 room left on our site” claims still failed to give an accurate picture of availability.

A separate investigation is underway by the CMA, looking into Viagogo’s purchase of StubHub.

The CMA is considering whether or not the deal will lead to a “substantial lessening of competition” in ticket selling.

Viagogo was previously ordered by the courts to tell buyers which seats they will get and if there is a risk they could be turned away at the door.