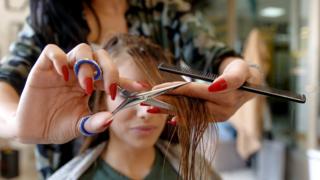 Regis UK, the owner of the Supercuts hairdressing chain, has appointed administrators, putting 1,200 jobs at risk.

Accountants Deloitte have been called in to look for options for the 220 salon chain.

The Supercuts locations will remain open as it looks for a possible buyer.

Regis UK’s collapse follows its attempt to cuts rents through a legal process known as a Company Voluntary Arrangement (CVA).

CVAs haven been criticised by landlords as high street companies have used them to renegotiate their contracts in the face of the retail downturn.

In December, a group of landlords challenged the arrangement for Supercuts.

The appointment of Deloitte was first reported by Sky News.

Earlier today, figures from the British Retail Consortium suggested 85,000 retail sector jobs had been lost compared to a year ago.

Retailers are keen landlords bear some of the brunt of a declining high street as consumers shop more online.