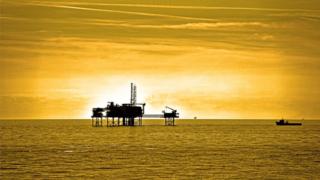 A growing number of North Sea oil and gas operators are looking to diversify into “less traditional activities” such as decommissioning and renewables, according to a survey.

A total of 86% of firms expressed “some likelihood” of doing decommissioning work in the medium term.

However, firms cited profitability and skills as barriers to diversification.

A quarter claimed recruitment challenges were the result of difficulty recruiting for non-traditional roles.

The Aberdeen and Grampian Chamber of Commerce (AGCC) survey was conducted in partnership with the Fraser of Allander Institute and KPMG.

More than half (52%) of respondents reported increasing demand for their products and services in non-oil and gas projects, with a further 25% saying they were “actively pursuing” work outside oil and gas. Only 11% said they were not planning further diversification.

Of those firms that had considered diversification, 34% flagged concerns around profitability and return on investment as the main barrier, closely followed by 31% of firms citing experience and skills within the organisation as a barrier.

In terms of operations within the UK Continental Shelf (UKCS), the survey suggested contractor confidence had continued to grow, despite ongoing uncertainty in the wider national economy.

The recovery in the value of production-related activity in the basin is also continuing, with a net balance of 43% of contractors reporting increased value of activity, and more than half expecting the value of work to continue to increase.

AGCC research and policy manager Shane Taylor said: “It’s clear that the energy mix in the future will be far more diverse and for our existing supply chain there’s huge opportunity to be seized from diversifying into new markets and sectors proactively.

“Businesses continue to cite profitability and talent as some of the key barriers which prevent them from considering further work outside of the industry, with these challenges raised by around a third of our respondents respectively.

“Given that talent attraction is constraining the industry’s ability not just to grow in the now but to diversify in the future, it makes it all the more important that the industry engages with key initiatives such as Roadmap 2035 to upskill current workers and attract the diverse workforce the industry will need to succeed in the coming decades.”

A total of 90 firms, employing 55,000 people across the UK, took part in the autumn survey.