Switching broadband provider ‘could save £120’

December 14, 2019 by Joshua Marshall No Comments 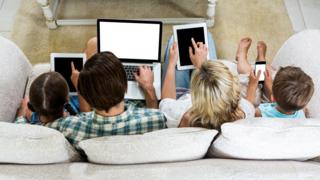 Haggling could save households £120 a year on broadband, but 45% of customers have not asked their current provider for a better deal, according to Which?

The consumer group found that 78% of people who negotiated were offered an incentive, discount or a better deal.

More than 5,000 customers were asked by Which? whether they had haggled for a new deal or switched in the past year, and if so, how much they had saved.

A total of 52% found haggling easy and 27% said it was difficult.

While 45% of those asked said they had never contacted their current provider to ask for a better deal, 38% had never switched provider and 24% had not switched for more than three years.

Of the customers who said they have not recently negotiated with their provider, 51% said they were paying the same as when they first signed up.

Two-fifths who had not attempted to haggle with their provider said it was because they were happy with the current price they were paying.

While 71% of those who switched provider said the process was easy, 27% experienced time without an internet connection during the move.

Natalie Hitchins, Which? head of home products and services, said: “Many of us obediently pay our bills throughout the year without ever giving it a second thought, but just one phone call or online chat could save you £120 this Christmas.

“There are bigger savings to be had for those willing to switch to a new provider, but even if you are happy where you are, don’t be afraid to ask for a discount – it could make all the difference.”

For most customers, switching is straightforward, Which? said, as most customers need only contact the provider they are moving to.

This provider-led switching is in place for all the providers using the Openreach network, including BT, EE, Plusnet, Sky, TalkTalk, Vodafone and Zen Internet.

Customers switching to or from a separate network need to go through the cease and re-provide process, which involves asking the previous provider to switch the old connection off and the customer having to co-ordinate the move to the new provider themselves.

Regulator Ofcom is due to consult on changes to the switching process next year, which could make the process easier.