The gender gap is on course to close…. in 99 years 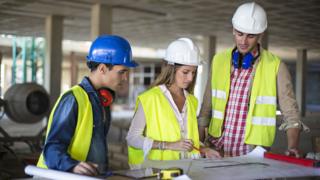 The gap between men and women, measured in terms of political influence, economic gain and health and education, has narrowed over the last year, but will take another century to disappear, the World Economic Forum (WEF) said.

In the WEF’s latest report the UK has slipped from 15th to 21st place.

It said that while more women were entering government in many places, the economic gap has widened.

The WEF predicted it would take 99.5 years for women to be on an equal footing with men, despite women taking high-profile leadership roles at the European Central Bank and the World Bank, and at the head of several countries including Finland, Germany and New Zealand.

Progress in the political sphere remained slow, the WEF said, with women still holding only 21% of ministerial positions worldwide. But it hoped the “role model effect” would encourage faster change.

The organisation said the economic gender gap had grown compared to last year, partly because women are under-represented in almost all of the fastest-growing job sectors, such as cloud computing and AI. Women are more likely to be displaced by automation, it added.

Britain’s new ranking leaves it behind a few developing countries and most rich ones, although it is ahead of the United States.

The WEF said the fall in 2019 in the UK’s position partly reflected a decline in the number of women in ministerial positions.

But the UK also has a persistent economic gender gap, putting the country at 58th in the rankings, due to big differences between men and women’s earned income. In the UK men dominate sectors such as AI, engineering and computing and many more women than men work part-time.

There are several specific areas where Britain is in joint first place, including literacy, enrolment in tertiary education and the proportion of professional and technical workers who are women, WEF found.

Iceland came in top place in the world ranking in 2019 as it did last year. Bottom of the list were Pakistan, Iraq and Yemen.

Last year the WEF’s report suggested it would take 108 years to close the inequality gap.

“At the present rate of change, it will take nearly a century to achieve parity, a timeline we simply cannot accept in today’s globalised world, especially among younger generations who hold increasingly progressive views of gender equality,” he said.