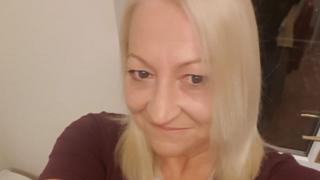 A Thomas Cook passenger due to fly home on Tuesday has said she is “stuck” in Tunisia, unable to secure a new flight.

Julie Paige told the BBC that she had booked a flight with the collapsed travel firm which was not covered by the industry insurance fund Atol.

“I had a flight booked with Thomas Cook to return back to the UK on 8th October which no longer exists,” she said.

Ms Paige said she did not have enough money to book a return flight to the UK and did not know what to do.

The Air Travel Organiser’s Licence (Atol) protection covers customers who booked a package deal with the firm, not flight-only deals.

Ms Paige’s flight on Tuesday falls just outside the two-week repatriation scheme organised by the Civil Aviation Authority (CAA), which organised replacement flights back for those affected by Thomas Cook’s failure.

Ms Paige, a single parent, said she did not have enough money to book a replacement flight and only had a basic bank account.

The final flight bringing holidaymakers back by emergency repatriation and organised by the CAA landed on Monday.

Those who did not return on a CAA-organised flight are expected to have to make their own plans, although those covered by the Atol scheme will be refunded.

The CAA said there would be very few people like Ms Paige who fell outside the repatriation window. It such cases, it said, people should turn to their travel insurance, or to their bank or the Foreign Office.

Maureen Foster told the BBC that she had to borrow £726 to be able to afford her flights home from Cyprus. She was due to return on 17 October, but is now returning three days early.

“We didn’t bring any credit cards with us. Our brother has helped us out and we have to pay him back when we get home.

“It’s a lot of money, there’s so many people trying to get back from Cyprus.

“It was very upsetting at the start. We’ve had to come to terms with it and wonder how we’re going to claim it back when we get home.”

John Robinson, from Stoke-on-Trent, said he had also booked Thomas Cook flights that returned on 8 October, and had not been able to come home earlier because his flights fell outside the 14-day repatriation window.

“We were told because we’re outside the 14 days we had to book our own flights and sort it out when we get home.