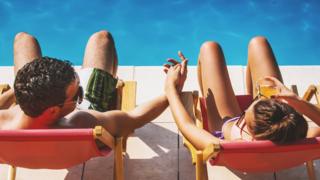 Thomas Cook has said it is “focused on completing” a rescue deal amid reports that some lenders could vote against the terms of the agreement.

The troubled travel firm is understood to be in last minute negotiations with bondholders to approve a takeover by Chinese firm Fosun Tourism.

The deal needs the backing of three quarters of bondholders to succeed.

Thomas Cook wants to delay a meeting with them to give it more time to negotiate, the Financial Times said.

“We announced on 28 August that we have reached substantial agreement with Fosun and our creditors regarding key commercial terms of the recapitalisation of Thomas Cook.

“We remain focused on completing the transaction,” the travel firm said in a statement.

“We are in regular contact with all large ATOL holders and constantly monitor company performance. We do not comment on the financial situation of the individual businesses we regulate,” it said in a statement.

Thomas Cook first announced in June that it had received a takeover approach for its tour business from its largest shareholder Fosun. Last month, it said the deal had been agreed with Fosun and a majority of its bondholders.

The offer came amid fears over its financial strength. In May, the firm reported a £1.5bn loss for the first half of the year. It has also issued three profit warnings over the past year and is struggling to reduce its debts.

It has blamed a series of problems for its profit warnings, including political unrest in holiday destinations such as Turkey, last summer’s prolonged heatwave and customers delaying booking holidays due to Brexit. But it has also suffered from competition from online travel agents and low-cost airlines.

Should I be worried about my holiday?

Thomas Cook is an ATOL-protected business.

Protection under the ATOL – or Air Travel Organiser’s Licence – scheme means UK travellers on an air package holidays do not lose their money or become stranded abroad if a travel agent collapses.

It also covers many charter flights and means that, if the operator collapses while people are away, they can finish their holiday and be flown home at no extra cost.

If the business collapses before they go away, the scheme will provide a replacement holiday of equal value, or a refund.

If a holiday is ATOL-protected it will be clearly marked with a certificate on holiday documents. The scheme is run by the UK Civil Aviation Authority and is backed by the UK government.