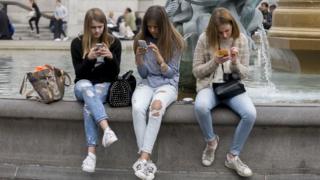 Video-sharing app TikTok has been hit with a class action lawsuit in the US that claims it transferred “vast quantities” of user data to China.

The lawsuit accuses the company of “surreptitiously” taking content without user consent.

Owned by Beijing-based ByteDance, TikTok has built up a keen US fan base.

TikTok, which is thought to have about half a billion active users worldwide, has previously said it does not store US data on Chinese servers.

However, the platform is facing mounting pressure in North America over data collection and censorship concerns.

The lawsuit filed in a Californian court last week claims TikTok “clandestinely… vacuumed up and transferred to servers in China vast quantities of private and personally-identifiable user data”.

It alleges the data could be used to identify, profile and track users in the US “now and in the future”.

The plaintiff is named as Misty Hong, a Californian-based university student. Ms Hong claims she downloaded the app this year but did not create an account.

Months later she alleges the firm had created an account for her, and “surreptitiously” took draft videos she had created but never intended to publish.

The data was sent to two servers in China, backed by Tencent and Alibaba.

TikTok did not immediately respond to requests for comment.

The platform has exploded in popularity in recent years, mostly with people under 20.

They use the app to share 15-second videos that typically involve lip-synching to songs, comedy routines and unusual editing tricks.

Alongside its rapid expansion, concerns have grown – chiefly in the US – over the potential to compromise users’ privacy.

US lawmakers have put pressure on the company to clear up allegations that it is beholden to the Chinese state.

TikTok has hit back against claims of government interference, arguing it “does not remove content” based on Chinese sensitivities.

In October, the company said it had never been asked by the Chinese government to remove any content “and would not do so if asked”.

TikTok operates a similar but separate version of the app in China, known as Douyin. It says all US user data is stored in the United States, with a backup in Singapore.

Still, the company found itself in hot water last week, apologising to a US teenager who was blocked from the service after she posted a viral clip criticising China’s treatment of the Uighur Muslims.

The company later lifted the ban.