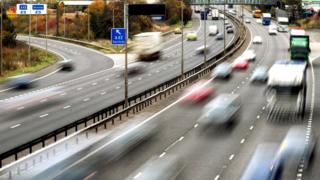 The Conservative Party is attempting to focus attention on its spending pledges for an “infrastructure revolution”, on the second day of its party conference.

Chancellor Sajid Javid has promised £25bn for England’s roads as well as £5bn for ultrafast broadband in some of the UK’s “hardest to reach parts”.

It comes as the start of the conference was overshadowed by questions about leader Boris Johnson’s private life.

Later, opposition parties are due to discuss how to stop a no-deal Brexit.

The conference of Tory MPs and party members in Manchester comes after a stormy week for their leader Boris Johnson.

It culminated on Sunday in No 10 denying accusations that in 1999 the prime minister squeezed the thigh of a female journalist under a table at a private lunch.

On BBC Breakfast, Mr Javid refused to comment on the “personal allegations” against the PM, adding: “I have full faith in the prime minister and I don’t doubt that and what he has said for a second”.

On Monday, Mr Javid will announce that 14 of England’s major roads will be upgraded.

The funding for 2020-2025 – a “national roads fund” – had already been set aside provisionally by his predecessor, and Mr Javid said later he will announce how it will be spent.

Asked where the money for the whole package was coming from, Mr Javid told the BBC it is from taxes and from borrowing, which is helped by “record low interest rates”.

“We’ve got more people working than ever before, that means the public finances are strong,” Mr Javid said.

Meanwhile, other MPs will be in Westminster – after they voted down a motion to grant a three-day recess to cover the conference – and opposition parties are expected to meet to discuss their next moves on Brexit.

Shadow health secretary Jon Ashworth told BBC Radio 4’s Today programme that opposition MPs are “prepared and ready in Parliament to respond to anything that comes out of Downing Street”.

Mr Ashworth added they want Mr Johnson to explain what his plans are for reaching a withdrawal agreement with the EU, adding: “He keeps saying that he wants a deal… but of course many of us suspect that he doesn’t actually want a deal.”

The SNP has also said the party wants to look at the possibility of holding a no confidence vote in the government.

The banners that dangle from the conference hall ceiling here tell a story.

What a contrast with a few years ago, when the focus was on cuts.

The Conservatives argue that is because the public finances can now support a new approach.

But vast uncertainty still swirls around Brexit – and what it might mean for the national balance sheet.

Since the start of this conference, the party has fleshed out details on how it will spend more than £50bn.

Chancellor Sajid Javid will later make his contribution to this tally with promises on roads, buses and broadband.

The Tories have so far made spending vows of more than £50bn at their conference.

In his speech later, the chancellor will say the full benefits of the infrastructure investment “may not be felt for some time”, but: “The work must start here and now.”

The first projects to be funded by the £25bn pot will be:

At least £5bn will also be set aside to maintain and renew other strategic roads in the same period.

The chancellor will also renew his pledge from the spending round earlier this month to invest £220m into improved bus services in England, including £50m for the country’s first all-electric bus town or city.

He will also set a goal for contactless payments to be made available on every city bus.

And plans for so-called superbus networks, where local authorities will invest in bus lanes in exchange for more services from operators, will be announced. A pilot is planned for Cornwall in 2020.

The digital infrastructure will also get a boost, with the £5bn investment to support the roll-out of gigabit-capable internet, and mobile networks – including 5G.

The ambition is to rollout connectivity to the hardest-to-reach 20% of the country – upping the earlier target of 10%. However, a deadline to reach this goal has not been confirmed.

In another announcement, Housing Secretary Robert Jenrick will pledge to create a simpler planning system to speed up the building of new homes.

Labour’s shadow chancellor, John McDonnell, accused the Tories of only offering “a combination of re-announcements and damp squibs”.

He added the announcement showed “the real difference between the parties, saying the Tories were tinkering around the edges, while Labour was proposing a fundamental shift of power and wealth from the few to the many”.