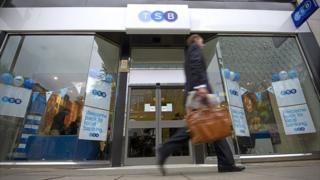 TSB has announced the 82 branches it plans to close in 2020, with much of the country affected.

Earlier this week, the bank announced there would be closures as part of a plan by new chief executive Debbie Crosbie to make £100m of cost cuts by 2022.

The bank said that 370 positions would be hit by the closures.

It said it would offer help to customers and staff affected by the move.

The bank is repositioning itself following its IT crisis last year, which affected 1.9 million customers.

Robin Bulloch, customer banking director at TSB, said: “We will fully support customers through this transition.

“We realise this is difficult news for our branch partners and will do everything to support those affected to offer voluntary redundancies and redeploy as many people as we can to other roles.”

The branches affected, and the month of closure in 2020, are:

Yorkshire and the Humber: