TSB to invest £120m in IT digital banking in Edinburgh 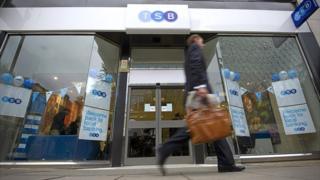 The move is part of a three-year plan announced in the wake of the bank’s 2018 IT meltdown and will serve its five million customers.

The centre will open in April and will be home to IT specialists, data engineers and analysts.

Edinburgh-based TSB said the investment was about taking the bank forward, after its past IT problems.

Almost two million customers at the bank lost access to online banking services in April 2018, after the bungled introduction of a new computer system.

TSB’s customer banking director Robin Bulloch said of the new investment: “I’m deeply sorry for the trouble and inconvenience that was caused at our IT migration, but this about taking the business forward.”

Mr Bulloch told BBC Radio’s Good Morning Scotland programme the bank’s new IT specialists would be building on the “very strong banking platform” TSB had been given by its Spanish owner, Banco Sabadell.

He said customers wanted better online banking, and that new TSB digital services developed in Edinburgh would help customers save and budget, as well as being able to look at their balances and transfer money.

Mr Bulloch added: “IBM are a large-scale IT provider and we’re very confident they will help support us in terms of building our propositions and ensuring the on-going stability of our banking platform.”

Half of all TSB products bought by customers are now purchased online, with the bank expecting that to increase to 80%.

That comes as other UK banks, such as RBS, Virgin Money Lloyds and Barclays, race to boost their own digital services.

Mr Bulloch said: “We didn’t see too many customers leave us through those difficult times and we’re forever grateful for the loyalty of our customers, but we want to make sure we are a bank that appeals to new customers as well.”

The new investment was welcomed by Tracy Black, director of the CBI Scotland business group, who added: “For Scotland to punch above its weight internationally and attract vital overseas investment, we need to send out a clear signal that we’re not only open for business but building an economy for the future.

“TSB’s significant investment represents an important step in that direction.”

“It’s one of the most difficult decisions that I have to make.

“What we’re seeing is more and more customers going online, and for those customers that are going to be impacted by branches that are closing, we work very closely with them to help educate them on other ways of banking, such a over the phone and online.”

Mr Bulloch also said the bank wanted to offer affected customers “reasonable access” access to a TSB branch in “reasonably close proximity”, and that customers were able to pay in and withdraw money at Post Offices.