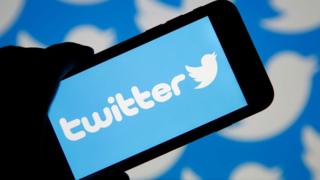 Twitter has reported quarterly profits that are less than a quarter of what analysts had predicted after product bugs hampered advertising sales.

Revenues were 9% higher than the previous year at $824m, but still at the lower end of Wall Street forecasts.

Twitter shares are expected to fall sharply when the US market starts trading.

In pre-market trading shares were 19% lower.

The firm said revenue had been predicted to fall from the first two quarters but that unexpected problems had weighed on sales, including bugs which impacted its ability to target ads and share data.

The firm also said there had been unusually low demand over the summer.

Twitter has also lowered fourth quarter revenue predictions. The firm now expects to earn between $940m and $1.02bn in the fourth quarter, down from previously forecast $1.06bn.

Twitter’s CEO Jack Dorsey said the company is making improvements to the platforms algorithm: “We also continue to make progress on health, improving our ability to proactively identify and remove abusive content, with more than 50% of the Tweets removed for abusive content in Q3 taken down without a bystander or first person report.”