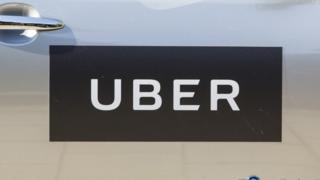 Uber’s business continues to grow, but so do its losses.

Uber boss Dara Khosrowshahi said he was “gratified” with the progress the firm is making toward profitability.

Adjusted for items such as taxes, the core “ride” part of the business turned a profit in the last three months of last year.

“We recognize that the era of growth at all costs is over,” Mr Khosrowshahi said.

“In a world where investors increasingly demand not just growth, but profitable growth, we are well-positioned to win”.

Mr Khosrowshahi said the firm expects investment in Uber Eats to decline after March, as the firm focuses on markets where it can be the number one or number two “player”.

Last month, Uber sold its money-losing India-based food business to competitor Zomato, in exchange for a stake in the start-up.

Shares gained about 4% in after-hours trade, as investors welcomed the firm’s pledge to hit its profit targets in 2020, which is sooner than was previously expected.

Since the firm debuted on the New York Stock Exchange last year, shares have been under a cloud, as investors eye the firm’s losses and it faces regulatory hurdles around the world. London stripped it of its licence to operate in November after concerns over safety failures.

Dan Ives, analyst at Wedbush Securities, said the firm had delivered a solid quarter for the company that should help build investor confidence in the firm.

“Rome was not built in a day and neither will the Uber growth story,” he said.

However the firm will have to do more to turn around its business, said Alyssa Altman, transportation lead at digital consultancy Publicis Sapient.

“Uber’s latest attempts to shed money-losing businesses, while promising, don’t guarantee it will dig itself out of the financial grave it dug for itself,” Ms Altman said.

Uber said there were more than 111 million customers active on the platform in the last three months of 2019, up 22% from the same period in 2018.