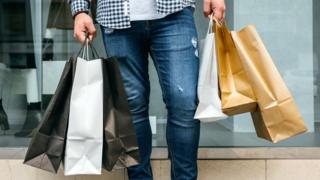 The UK economy grew at its slowest annual pace in nearly seven years in October, according to official figures.

Gross domestic product rose by 0.7% against October 2018, the weakest growth since March 2012, with services the main driver the Office for National Statistics said.

In the three months to October, growth was flat against the previous quarter.

The figures come ahead of Thursday’s general election, with the main parties all promising to boost growth.

Although the service sector expanded 0.2% in the August-to-October period, that was offset by 0.7 contraction in manufacturing and 0.3% fall in construction. The ONS said there had been “a notable drop in housebuilding and infrastructure in October”.

He said: “Growth seems likely to remain subdued through the rest of 2019, but we would hope for a gradual revival in activity over the course of 2020 if current political and economic uncertainties ease. Our main scenario is for 1% GDP growth in 2020 assuming an orderly Brexit.”

Professor Costas Milas, of the University of Liverpool’s management school, described the figures as “quite poor”.

“The main point is that our economy continues to disappoint badly which will probably bring a Bank of England interest rate cut much closer especially if Thursday’s election turns out very inconclusive,” he said.

However, the pound shrugged off the figures, continuing to rise on Tuesday after gains on Monday. In early London trading, sterling was up 0.2% at $1.3157, and against the euro rose 0.1% to 84.18p

“Sterling price action is all about the upcoming parliamentary election and real economic data should continue to play second fiddle,” ING analysts said in a note sent to clients.

Separately, the ONS released trade data which showed Britain’s goods trade deficit widened by more than expected to nearly £14.5bn in October from £11.5bn in September.