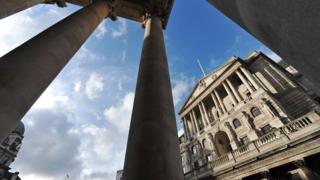 The Bank of England has kept interest rates on hold at 0.75%.

However, the MPC said it was poised to cut interest rates if a post-election bounce failed to materialise.

“The most recent signs are that global growth has stabilised,” Mr Carney told a news conference following the rate decision.

“To be clear these are still early days and it’s less of a case of so far so good than so far good enough,” he said.

“Caution is warranted,” he said. “Evidence of a pick-up in growth is not yet widespread.”

He said the coronavirus outbreak was a “reminder of the need to be vigilant” when it comes to bumps in economic growth around the world.

The nine MPC members have been split on rates since November.

Lower interest rates are good news for borrowers and bad news for savers because High Street banks use the Bank of England base rate as a reference point for many mortgages and savings accounts.

In a closely-watched decision, policymakers said they would monitor whether a recent improvement in business sentiment would lead to stronger economic growth.

The MPC said it stood ready to cut rates if there were signs that growth would remain subdued.

“Policy might need to reinforce the expected recovery in UK GDP growth, should the more positive signals from recent indicator of global and domestic activity not be sustained,” the MPC said.

Two members, Jonathan Haskell and Michael Saunders, argued that past business surveys of economic growth had not been reliable.

They continued to call for an immediate interest rate cut to 0.5%.

The Bank’s latest economic projections predict the economy did not grow at all in the final three months of last year.

Weaker growth at the turn of the year is also expected to drag overall economic growth down to just 0.75% in 2020. This is down from a projection of 1.25% last November.

The UK economy is expected to expand by 0.2% in the first three months of this year.

The Bank said a trade deal between the US and China that lowers some tariffs would provide a boost to the global economy.

An expected rise in spending by the government in the March Budget could provide a further boost to growth, policymakers said.

The Bank said Brexit-related uncertainty had “weighed on investment” over the past few years.

Policymakers said companies’ Brexit plans had diverted money towards preparing for the UK’s departure from the EU that would otherwise be invested elsewhere.

This has reduced the UK’s long-term growth prospects by limiting the space in which the economy can grow without the risk of overheating.

This would force the Bank to raise interest rates, which would in turn slow the UK economy.

Policymakers now believe the UK’s potential growth has been reduced to 1.1%. This is down from 2.9% before the financial crisis and 1.6% over most of the past decade.